2018 is another very exciting years for video games, and we cannot wait to play them. For a fun and exciting online gaming experience, have a look at Narwhale.io — Join the Fun at Dimble Games! Also, here are five games that you need to play this year.

Releasing in October 2018, Call of Duty: Black Ops 4 is a sequel to Call of Duty: Black Ops III. The game contains Multiplayer option only, Zombies and another new battle mode called Blackout. The game also includes a Solo Missions mode that features skill-based missions involving backstories on the many Specialists in the game. These missions are set inside the same narrative of the previous Black Ops campaigns. Blackout will serve as a stand-in for the campaign mode where players will compete against each other through locations that have appeared in previous Black Ops games 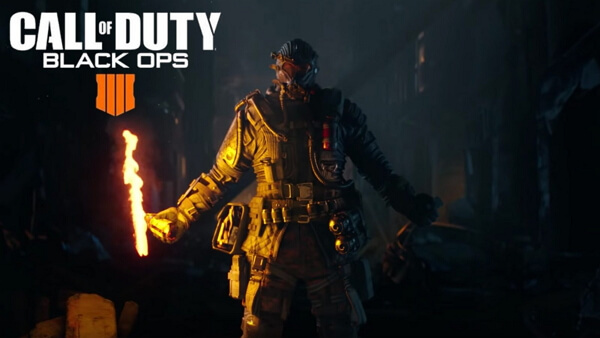 This game is loosely based on Norse mythology, unlike its predecessor that was based on Greek mythology. Kratos and his son Atreus are the main protagonists. After the death of Kratos' wife and Atreus' mother, they journey together to fulfill her promise by spreading her ashes at the highest point of the nine realms. During their journey, both of them come across monsters and gods of the Norse world. Now that is an adventure that we cannot wait to be a part of.

Releasing in September 2018, it is an action-adventure game played from a third-person perspective, just like the previous Tomb Raider games. The story in this installment takes place after the events of Rise of the Tomb Raider. Lara Croft is an archaeologist and is on an expedition to Latin America where she has to look for a Mayan relic that is her connection to her late father. Many adjustments have been made to the gameplay. The controls for swimming have been changes as now Lara is able to hold her breath underwater for a way longer time because of air pockets.

As the name already suggests, Spider-Man is an upcoming action-adventure game that is based on the Marvel’s superhero Spider-Man. Spider-man is set in an open world modern-day New York City and features improved combat systems such as spider sense and reflexes and aerial combat. Peter Parker is an intern at a laboratory and is about to graduate, while at the same time, he has to fight off villains and evil gangs so that he can protect New York, as he has for eight years.

Red Dead Redemption 2 is a western-themed action-adventure video game that will release in fall 2018. The game has both single-player and online multiplayer components. Red Dead Redemption 2 is set in open world environment and centers on Arthur Morgan. Arthur Morgan is an outlaw as he is a member of the Van der Linde gang in 1899. We as players control Morgan from a third-person perspective.

These games are sure to make waves on the internet, and we are extremely eager to play them.

Catalina Smith is a young digital marketer by profession and is utterly obsessed with the growing technology. She has covered the gaming world online for over six years. She regularly posts at Dimble Games.