An open version of Android 8.0 will be available, most likely in late August or early September. Only Google Pixel, Google Pixel XL, Nexus 6P, Nexus 5X or Pixel C are currently available. And its official name should be called Oreo.

Recently, we collected some features of the second Android O developer preview. You can read the article below to find out more detail. 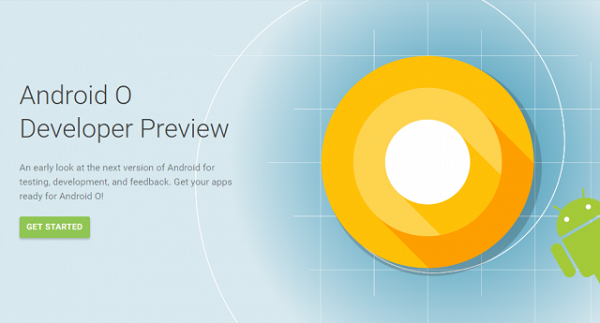 It is suggested that Android O mainly focus on Fluid Experience and Vitals.

Announced at Google I/O 2017, Fluid Experiences is the new concept of Google that helps users improve productivity and enjoy multitasking tools in their daily use. It includes a range of new features and improvements.

TensorFlow Lite can be interpreted as Google's attempt to apply artificial intelligence to applications, and further extend the advantages of machine learning to the Android ecosystem.

Picture in Picture
Google is adding a Picture-in-Picture mode to Android O. Users can check the calendar or search information while watching video on Netflix at the same time. The movie screen will be narrowed into a floating window, you could adjust it as you wish. This function wakes up only by clicking the Home button, and if you want to end this mode, you can slide the small window down to terminate. 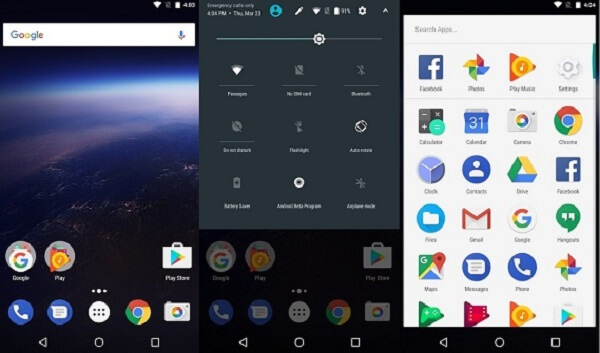 Smart Text Selection
In the past, there are steps if you want to get an address and navigate to that place. Receiving information, and then select text, copy, open the map, paste, and then start navigation. In Android O, it will be easier. Smart Text Selection is a machine learning that uses Google to detect when to select an address or phone number, and then automatically apply it to the corresponding application's functionality. If you click on a restaurant address that your friend sends you, Google will know what you want and will automatically use the map to start the route. Phone Numbers, email addresses, and etc. are as the same.

Auto-Fill
For the most used apps on your device, Android O will help quickly log into service. For example, when you use a new equipment, you can extract account name and password from Chrome. After selecting, automatic filling function can be locally applied to most of the applications.

2. Vitals
Another concept proposed by Google at the I/O 2017 is Vitals, in Android O, Google will also focus on optimizing the battery life, safety, application startup time and stability of the device.

Google Play Protect
Google Play Protect, announced at Google I/O 2017, which can be seen as a virus scanner for android apps. So far, the team reports having scanned over 50 billion app installed every day. Users will see an entry in the Google Play application update window that shows the recent scan project and whether any problems have been found.

System/Application Launcher Acceleration
Google says that on Android O, it only takes nearly half the time to boot upthe Pixel device, and so as the speed of application startup. Google optimized application startup processes, including concurrent processes, compressed collection of garbage information, and code areas. There are also restrictions on background services that can prevent applications running too long in the background. The goal is to drastically reduce battery consumption.

Play Console Dashboard
The Play Console Dashboard is a new developer tool that provides an analysis of the usage of applications on devices. Developers can see real-time results of applications on any Android device. This may not eliminate developers’ application test requirements on major mobile phones, but this will certainly help them to reduce problems if the equipment is running. Most importantly, this tool can be used to gain insight into how developers adjust their applications to reduce battery consumption and speed up the performance of each device.

Of course, users won't be directly aware of these features. But they will gain a promoted experience.

3. Other Features
It is worth noting that the support of the font is added. Developers can customize the font style from now on, and this is an important improvement.

There's also WiFi Awareness, which allows your Android O device or app to communicate with and other devices or apps nearby via wi-fi without actual Internet connection. There are also some major optimizations to the Android Run-Time (ART) and some enhancements to WebView that users may not notice.

So far, we can see that Android O is taking steps to refine some of the features that have already started to exist on Android N, and further strengthening the granular nature of control in Android. And more happily, we've seen Google show more interest in improving Android efficiency and productivity than ever before.