A Comprehensive Review on Android 7.0

Google released Android 7.0 Nougat official version On August 22, 2016. It is the new operating system for smart phone which is named Nougat. We all know that the Android 6.0 is not widespread around Android users. But it doesn’t mean that the Android 6.0 is a terrible version. Maybe it is mainly because that Google is unable to force manufacturers to upgrade the system and it is not so easy for manufacturers to do it. And for the Nougat, will it repeats the same problem like Android 6.0?

I think the most important factor is the users. If the Nougat is good enough to attract consumers and they have strong willing to try, then it can push the manufacturers to speed up system upgrade. Yes, it doesn’t like the iOS system upgrade, which can be promoted to the users directly. The Android 7.0 needs to rely on the manufacturers to do this job. Will it be popular around users? Let’s talk about the pros and cons and pay attention to the features of Android 7.0.

1. Instant Apps
When we pick up our Android device, in fact, many applications are required only in the specify time, and we don’t use them frequently. So it is not necessary for us to keep these kinds of applications in our phone.

But now, with the Instant Apps, we can solve this question well. Users click the link to start running the application. It is normal to have the webpage-redirecting when there is a link, but the difference is, webpage-redirecting of Instant Apps doesn’t directly transfer to a complete application. It can turn to a specific function of the APP according to the needs of users. For example, we watch video on the web page, and we need to turn to the application to continue the viewing. However, the video application would not be smooth enough for you to watch because it would always push a large quantity of information. But with Instant Apps, we can jump to the video interface of Instant Apps, which only contains the video playback function.

2. Multi-window Support
If you want to open the split-screen multitasking, just go into multi-tasking management page, then press one of the cards and drag up to the top. It supports up-down columns and left-right columns, and you also allow adjusting the proportion of two Apps by dragging the dividing line.

Actually, split-screen multitasking is very common in ROM. But now, Android 7.0 support this feature for the first time, which means that manufacturers do not need to do it themselves. So obviously, it would be more widespread around the users.

3. Battery Savings with Doze on
Deep Sleep Doze mechanism was used in the previous Android 6.0 and now for the new Android 7.0, Google made further optimization on it. It designs to get big battery savings from a sleeping device. And it comes with a more simply way to operate the Doze mechanism.

4. VR
Android 7.0 supports VR and Google established a VR platform called DayDream. But it seems that VR is still have a long way to go. But I think what Google do is for better development in long-tern. It said that the VR device is the next generation of smart phones. VR applications and games will detonate the entire industry in the future!

1. Reset Option
As a Android device user, we all know that we can achieve mobile phone restart by the long press of power button. However, Android 7.0 system does not support this option, which is a pity for the new version.

2. Suspension Window
Google didn't do well in the suspension window. This function can be achieved in the third- party custom ROM.

3. Uninstall Apps
It is not easy to uninstall the application completely for the Android 7.0. Users need to go to the system settings, application drawer and Play Store to completely erase data. In addition, every time we can only uninstall one application which is very inefficient. Therefore, Google really needs to improve the uninstall program.

4. Night Mode
Google Android 7.0 doesn't support night mode. Actually, the preview version has launched this feature, but this function has been quietly removed in the official version. Because the Android operating system interface background is mostly in white, it makes many users feel sick when they use their device at night. Although we can reduce the brightness of the screen and it would feel better. But I do think night mode is really necessary for the users.

5. Backup Management
Users can back up data since Android 6.0 and they can recover the data back to their device. But the current version could not meet the needs of users in backup mechanism for the lack of backup options, low efficiency and so on. 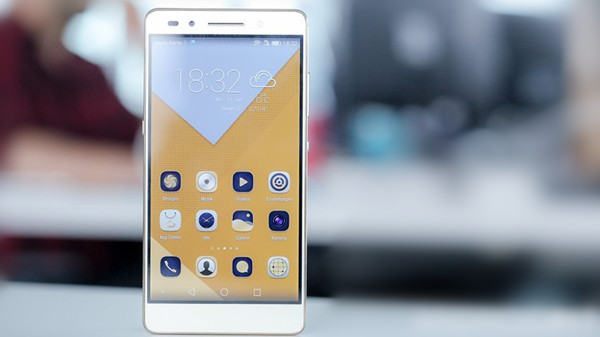 Android 7.0 has been supported for Nexus devices and it has been confirmed that Google will update the maintenance version every three months. I think Google would improve it according to the feedback of the users and make it better for user experience. But now the Nexus Starter and Google Assistant, which we have paid high attention to, are not released yet. Rumors point out that Nexus Starter and Google Assistant will be launched at the same time when the new Nexus device is released.

Maybe Android 7.0 is not perfect enough for you, but we all know that Google has made continuous improvement to meet the necessary of users. We can see a number of innovations in Android 7.0 version, which is possible to influence our life so much in the future.