Actually, this study is a comparison among the search capacity and knowledge store of Google Now, Siri and Cortana.

During the study, researchers set up Cortana on Nokia Lumia 635. Meanwhile, Siri and Google Now are installed on iPhone 4s and iPhone. After that, they raised 3086 questions such as “how high is the Eiffel Tower”, “how much quart equals to one gallon”, and “who is the man on the 5-dollar note”. Among the 3086 questions, Google Now offered 1795 results, which occupied 58% of all the questions. Compared with Google Now, Siri gave only 908 answers and completed 29% of the questions. As to Cortana of Windows Phone, only 20% of the questions are answered with 630 searching results. When it comes to the precision, Google Now provides more comprehensive data with 88% accuracy. But accuracy of Siri and Cortana is only 53% and 40%.

There are 3 main aspects that reflect the strong functions of Google Now: Google Now is Google. Knowledge Graph released in 2012 offers overall data related to the searching contents.

Take the question “how high is the Eiffel Tower” as an example, alongside the answer to height of the tower, Google also gives data about the height of world-famous architectures as the Caliph Tower in Dubai, the Statues of Liberty, and etc. In addition to this, Google shows the data source such as Wikipedia,or official website. 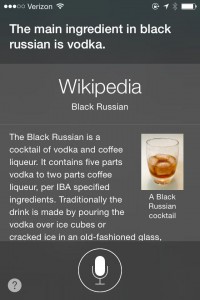 There are similarities between Cortana and Google. Cortana processes their search engine Bing. What should be noticed is that voice search and text search bring distinct search results. 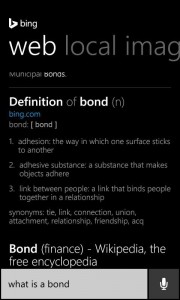 Search results from Cortana are a little strange. Sometimes search results are noun explanations and sometimes they are videos in YouTube. Additionally, materials also originate from Freebase, Wikipedia as well as media data.

According to the report of Stone Temple, though Google Now, Srir and Cortana are strengthening their search capacity and enriching their knowledge base, they are also exceeded a lot by Google.