Microsoft has pushed Cortana, the voice assistant and Apple has pushed Siri in 2011. And Android becomes the only one of the three biggest mobile Oss that hasn’t have a voice assistant software yet. However, according to the report of Android Police, Google will place the brand-new voice assistant function called Google Everywhere. 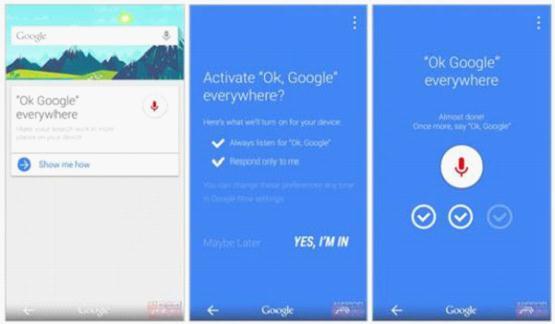 Google Everywhere has an essential difference from Google Now that it allows Android users to activate the voice control of their Android thoroughly. And, no matter you want to view your photos, check your email or operate other application, you can operate that with voice.

Google Company will open an Application Program Interface to third-party software developers. You can start it by modeling and the voice control can be used not in the main interface and the searching application only, but everywhere no matter you use which application. That’s why it called Google Everywhere. Every voice command starts with “OK Google”.

Besides, it is said that Google will also deprecated the virtual homepage and change into using the navigation button and replace it by “Google”. You can start Google Now with a simply click on the word “Google”. If you feel like going back to the homepage, you can press the “Recents” and open the multi-task view and click the main interface to go back. This updated navigation bar will apparently force Android users to visit the main interface from the multi-task view. For more information, we can wait for the I/O Developer News Conference of Google in June.