How Much Does It Cost to Make an iOS or Android App?

For a startup, the question How much does it cost to make an iOS app or Android app? is sure to come up. But the answer will at least require a rough estimate of the project.

Imagine you want to renovate your whole flat and you ask your contractor how much it will cost without telling them that you have eight bedrooms. Until they take a look at your space to define the scope of work, I bet they won’t be ready to send you an exact estimate.

Without an estimate, it’s also hard to imagine how many hours iOS or Android developers will need to spend developing an app. In this article, we focus on the average cost to build an iOS app and an Android app and consider whether there’s any difference between iOS and Android development in terms of time and money.

Android and iOS app development costs around the world

When it comes to the quality and cost of mobile development services, one of those items usually carries greater weight. And, traditionally, the decision about which company to turn to often leads to the map.

When looking for a development team, people typically look to the USA, the UK, India, and Ukraine. In this article, the only thing we’d like to compare is pricing.

• According to Clutch, the average cost for Swift app development for iOS with US and UK-based companies is $50,000. However, the actual price of your app can depend on multiple factors like the technology stack, architecture, scalability plans, and possible user journeys.

• In Ukraine, the average hourly rate is typically much lower (around $50 per hour) than in the US, and therefore the total cost of your iOS app will be lower. The same goes for Android app development.

• India is popular for really low prices. For example, you can find freelance developers in India for $10 an hour.

While you’re thinking about whether a mobile product is actually worth all that money, we’ll continue speaking about the size of the project you’ll get. 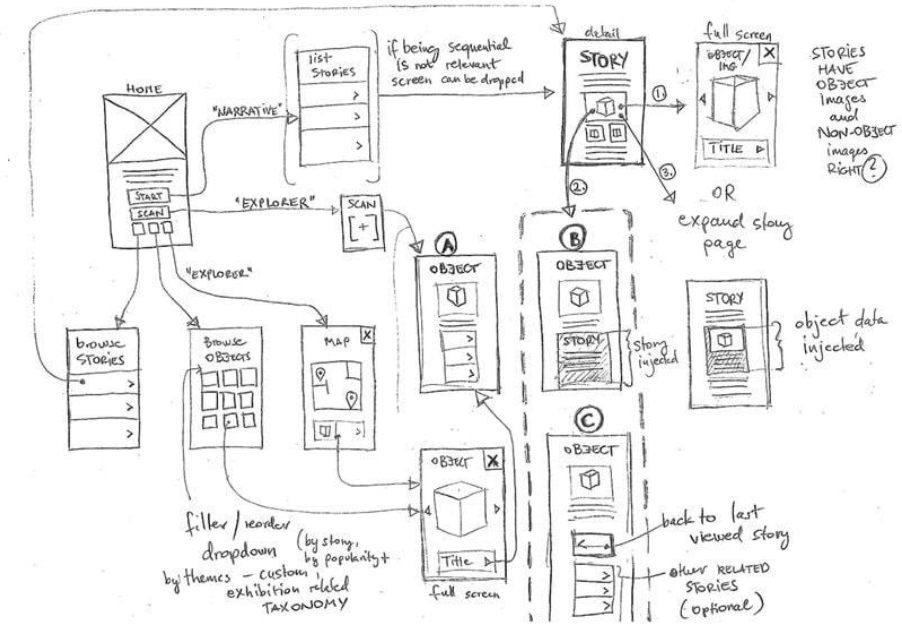 [Example of a user journey map]

How much does it cost to develop an iOS or Android app?

The size of a project is the deciding factor in its cost as long as the rate for programming services and the time are tied together in one bundle. By size, we mean the complexity of functionality and business logic. Development can also include:

According to our average project estimates:

With the growth of Android and the proliferation of devices, the Android market is becoming more attractive for developers. But in our experience, customers still tend to opt for iOS apps first. However, the next step that’s bound to be taken is searching for opportunities on Google Play.

The obvious reason for developing an iOS app first is that the Apple App Store brings in more money than Google Play. To be more precise, 25% of App Store applications bring in over $5,000 per month, compared to 16% of Google Play apps. However, just because iPhone users seem more willing than Android users to spend money on apps doesn’t mean that this will prove true for your particular idea.

The truth is that Android development costs about the same as iOS development. The only thing is that the variety of Android devices and screen sizes make this environment harder to work in and, therefore, Android apps might take a bit longer to develop.

At the project estimate stage, we confirm what devices and operating system versions an Android app should support. If you need to develop a product for older versions of Android as well as for iOS, the price of the whole project will obviously be higher.

At Yalantis, we pay a great deal of attention to app estimates, diving deep into our clients’ business goals and processes right after they fill in the contact form on our site. First, we do a free rough estimate that involves:
• conducting basic business analysis
• preparing detailed feedback on the possible app architecture, use cases, and technical implementations
• presenting our feedback, clarifying details, and extending the list of requirements
• updating the feedback and creating an offer that includes the number of hours for development, the technology stack, the app architecture, and features that will go in the alpha, beta, and following releases
• negotiating an offer that meets the needs of our client’s business

Drawing a bottom line, you can compare average prices forever, but your particular app needs an estimate first, and only after that will you be able to understand how much the app will cost.