HTC has officially confirmed the release of its latest flagship mobile phone -- HTC One M9+ (HTC One M9 Plus) in March on MWC 2015. It also confirmed that M9+ adopts all-metal body with a 5.2 inches display. There are 3 colors for your choice currently, Gold on Gold, Gold on Silver and Gunmental Grey. Along with the release, the rumors are all broken. Let's see what the excellent HTC One M9+ will bring us.

The processor is always one of the issue HTC users care about most. On the new M9+, HTC has adopted an excellent processor, MediaTek Helio X10 which has blown away the overheated issue on HTC to some extent. It is also equipped with 3GB RAM and 32GB ROM for saving more files in it. 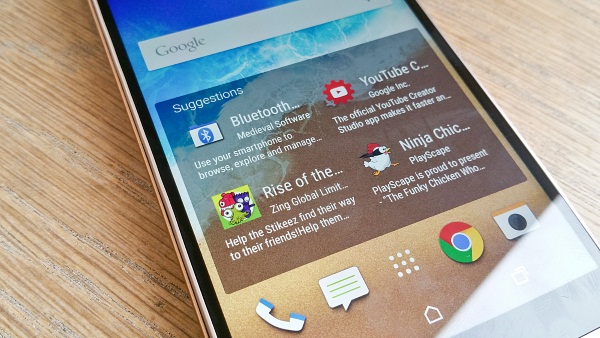 The 20 megapixel Duo camera with uFocus and HTC Eye Experience gives you a better photo shooting experience. The UltraPixel front camera gives you more than 300% more light capture than standar pixels. This is with no doubt good news for selfie lovers.

HTC One M9+ users can customize their device to have their own style. With the built-in theme app, you can set your personal photo as the wallpaper, besides, ringtones can also be customized.

In conclusion, the new HTC One M9+ is quite satisfying for the configuration and the features. Besides, the appearance it's also nice. What do you think of this latest flagship device of HTC? Did you acquire one? Would you like to purchase one for yourself? Please leave us messages to share with us your opinion.