HTC One Mini Has Been Upgraded to Android 4.3

Recently, HTC has release HTC One mini. Before releasing, some reports indicated that HTC One mini will adopt Android 4.2 operating system and HTC Sense 5.0 UI version. Nowadays, it is said that HTC office is releasing Android 4.3 system upgrade patch of HTC One mini. 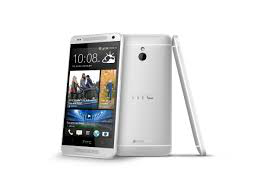 After this upgrade, except from upgrade the operating system to Android 4.3, HTC One mini has been upgraded to the latest version-HTC Sense 5.5, the same version as that of HTC One max, the large-screen flagship phone that released not long ago. In addition, compare with the earlier ones, there’s a little change of the interface of HTC One mini after the upgrade. For instance, they include the ability create custom feeds in BlinkFeed from new sources. You can choose to close this page or not. It’s up to your choice. Besides, there are other reforms after this upgrade, if you are interested in more function, you can pay attention to the news of HTC One mini.