Recently, Iskander Utebayev, a Kazakhstan designer, has presented a new iPhone 6 concept design, attracting a lot of iPhone users' attentions. He created what an iPhone 6 would like with a three-sided display, which seems similar to the Samsung smartphone with a display that wraps around the sidebars declared to release in second half of 2014. You will find quick launch icons on the side display along with the controller for music player instead of the real buttons, like volume buttons, the alarm clock, calculator, camera and system toggles. 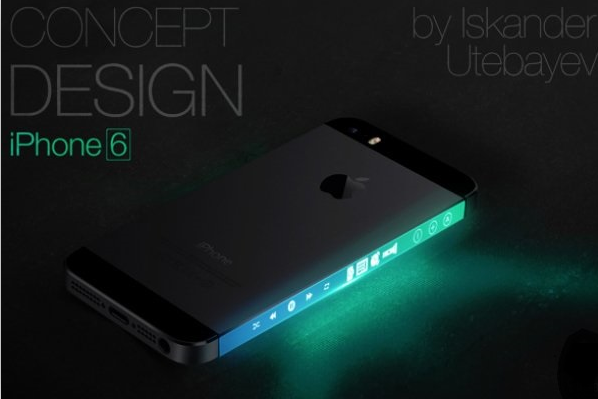 Besides, iPhone 6 concept design also keeps the same features and elements of iPhone 5S. Although this kind of special design gains such a big popularity in the public, Apple seems to be more focused on how to enlarge the iPhone screen size of next new generation. Not long ago, resources told that Apple aims at releasing a new generation with bigger screen size in 2014, and the new iPhone 6 will have a 4.9-inch Retina display.

Well, for Apple Company, It's unlikely to release such a design for the iPhone 6 as it may be more practical and urgent to launch a bigger screen iPhone. But we can still hold expectations for the special three-side wrapped display. Wonders always happen, right?