Which to Choose: Apple iPhone 6s vs Galaxy S6 edge+

In recent few years, Apple and Samsung are always the two greatest opponent in the phone market. Yet, Apple or Samsung is always a struggling problem to users. Samsung Galaxy S6 edge+ remains the curve edge design and got a bigger screen than S6 edge. As for iPhone 6s, though looks exactly the same as iPhone 6, there is a massive upgrade on the inside. Let's look each in depth and throw the two remarkable phones into the steel cage. It's time for the show! 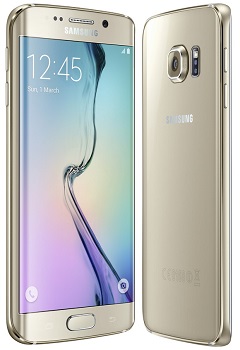 Design
iPhone 6s looks near a replica of its predecessor, iPhone 6, and slightly thicker owing to the 3D Touch, a new ways to interact with your iPhone 6s. It's claimed to be tougher than iPhone 6 thanks to the new 7000 Series aluminum, which can avoid the bending saga.
Speaking of Samsung Galaxy S6 edge+, it has a brilliant 5.7-inch Quad HD display with a seamless dual edge delivers a tremendous entertainment experience. Having a stunning metal bezel and glass design, it is easier to be held in one hand.

Battery Life
iPhone 6s is powered by 1715 mAh battery, while Galaxy S6 edge+ has a battery of 3000 mAh, but with a bigger and higher resolution screen, which may also affects the overall battery life. iPhone 6s has a more efficient standby time than Galaxy S6 edge+, because the lax multitasking ruldes makes services run in the background which may lead to the impact on its battery.

It's hard to tell the winner between iPhone 6s and Samsung Galaxy S6 edge+. iPhone 6s, with the excellent optical image stabilization and a great piece of novelty in the 3D touch screen layer. Galaxy S6 edge+ has a high resolution screen display and offers the cool Edge screen functionality. Both of them have outstanding features, just go for one of it to make it be the good companion in your life.