Excellent Apps for Photo-taking on iPhone

iPhone has evolved to be a fantastic and most widely used camera in the world. If you are using only the native camera app on your iPhone, you may be not able to shoot a picture with your personal style and make it cherished by professional photographers. To create a captivating photo, you also need to adjust the exposure, contrast, color balance, etc more than press the shutter button. And all you need is the right app. Here's a look at the best photo-taking and editing apps for iPhone.

Camera+ has long been the top-selling camera app for iPhone. It serves as an alternative to the standard iOS camera app, primarily applying basic and advanced editing tools, like adding special effects and fitlers. Apart from the normal single shot mode, it also provides additional shooting options include a self-timer that can be set to a 5, 15 or 30 seconds delay, full resolution burst mode, and an anti-shake setting with the image stabilizer that waits to take a picture until the phone is held still. Camera + integrates with some popular social websites, so that you can directly upload your masterpieces to Facebook, Twitter or Flickr. 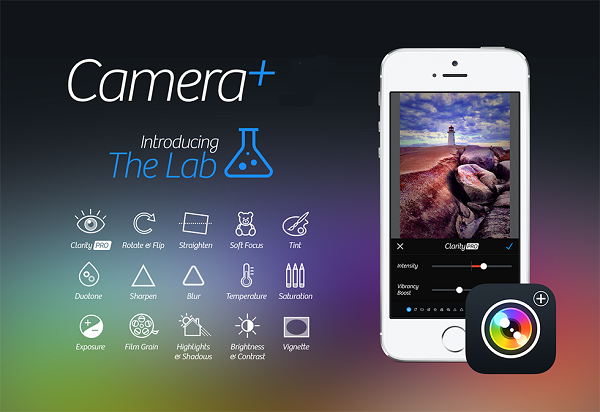 Instagram is an online mobile photo-sharing, video-sharing and social networking service that enables users to take pictures, shoot videos and share media files on a variety of social platforms, for example Facebook, Twitter, Tumblr and Flickr. Instagram offers a number of photographic filters as well as Lux effect which allows you to quickly adjust the exposure, brightness, saturation and contrast through a simple 100-point slider. Moreover, users can geotag images with longtitude and latitude coordinates or the name of a location.

VSCO Cam is known for developing some of the best film-emulation filters for Adobe Lightroom. The app's clean, simple interface lets you concentrate on the act of making images and also makes it easy for newcomers to start shooting right away. VSCO Cam also enables you to adjust the strength of each filter, as well as edit all aspects of a picture non-destructively. You can also make manual post-capture adjustments to essentials like brightness, contrast, saturation, and have some ability to maintain image detail in highlight and shadow areas independently. 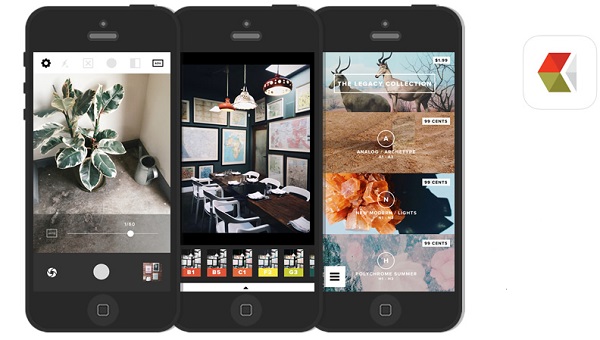 Snapseed stands out with its extremely intuitive and touch-friendly interface, with all of its adjustment and effects controls grouped logically among 14 collections, allowing you to tweak every aspect of an photo with a precision and ease. You'll also find buttons to apply the edit, undo/redo each of the tool's adjustments, and exit the tool altogether, leaving the image untouched. Snapseed offers all the standard controls you'd expect to find in an editing app, such as brightness, contrast, saturation and white balance, along with black and white conversion, vignetting, straightening and cropping tools. When you complete photo editing, you can back up the photos from Snapseed gallery to Google Drive or Dropbox. 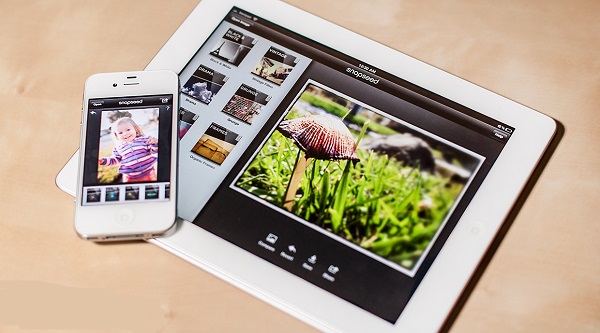 In addition to a saturation slider, Pixlr Express offers a vibrance control that gives a pleasing color boost to images without looking cartoonish. Crucially, the app has a reset button inside each control screen so you can easily return a slider to its default settings. Pixlr Express has a few features well-suited to portrait retouches as well. A touch up tool can be used to selectively reduce harsh glare from faces and lighten shadows around the eyes. A tooth-whitening brush can be used to produce brighter and cheesy grins and you can adjust the strength of the effect after you've painted to achieve more realistic results. With Pixlr Express, you can photograph people in a gorgeous look. 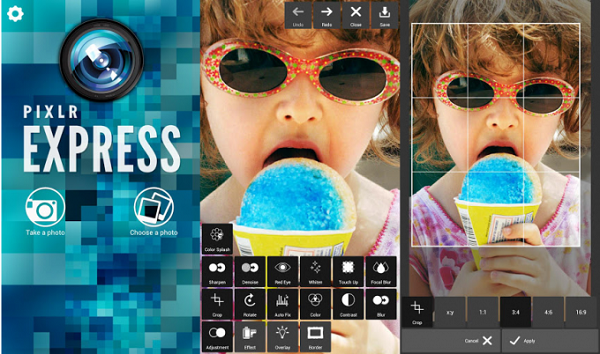 Select one photo-taking and editing app that suit you the most and make the picture taken with iPhone more captivating. If you are using other brilliant camera apps for iOS, please share with us.