Features You Want to Know of LG G4

On April 28th, LG G4, which runs Android 5.1 in a 5.5 inches display, was released and put into the market in June. It has got a 2560 x 1440 (Quad HD) and 538 PPI. Its outstanding features stirred up interest of many Android users. Though it has come into the market for more than a month, there are still some necessities to talk about this outstanding flagship of LG. Let's go straight to the topic.

As we've mentioned above, LG G4 was first released in April and come into the market in June. It will be available on Verizon, T-Mobile, AT&T, Sprint and US Cellular and more. T-Mobile has it first on June 3rd, and it's now also available for other carriers. The LG G4 appears to be $199 with a new 2-year contract and a $239 with a leather variant contract. Prices are higher if you are asking for genuine leather.

Camera configuration is another feature that LG users pay more attention to. In this flagship, LG adopts a 16 megapixels on the rear camera and an 8 megapixels on the front. Besides, the Aperture goes to f/1.8. That's really awesome, isn't it? By the way, as well can see, the rear cover of LG G4 is different from other smartphones. There are several covers for your choice: Genuine Leather, Metallic Craft and Ceramic Craft. 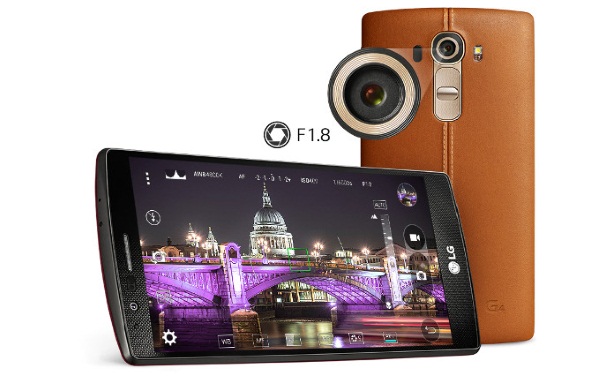 As for the processor, LG G4 has adopted Qualcomm Snapdragon 808 Processor, with a 64-bit Hexa-code CPU. The frequency goes to 1.8GHz. And the excellent processor does good to the multi-tasking, beautiful graphics, smooth operation for app and more.

LG G4 was equipped with a 3000 mAh removable battery which I think it's already enough if you don't play games with it for a long time. The overheated issue was improved to some extent in this model. 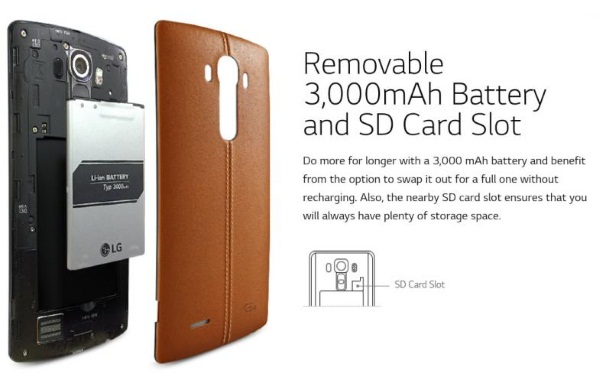 Last but not least, LG G4 got a 3GB RAM, with a 32 GB internal storage. When it comes to the external storage, 2 TB micro SD card supported, which has reached an unbelievable new height.

Please show us your own opinion on the features of LG G4, the latest flagship device of LG, if you have interest to discuss with us. Your feedback will always be welcomed. You can also follow us for other smartphone tips & tricks, news and new device features leaks.