LG Nexus 4: The Best Nexus Phone for its Time

The Google Nexus phone, being highly-regarded as they help Google guide its hardware partners and introduce new versions of Android, has launched its fourth generation Nexus phone: LG Nexus 4.

Google Nexus Phone announced its first branded phone---Nexus One on January 5, 2010. It was made by HTC and called HTC Nexus One by the public. Then the second generation the Nexus S and the third generation Galaxy Nexus were made available by Samsung. On November 13, 2012, LG joined the Google Nexus Phone family and produced the Nexus 4. As it becomes available to the public to purchase, it sold out in minutes. A lot of users can't get this fantastic phone in hand from the Play Store.

So, is LG Nexus 4 becoming the more popular or better Nexus phone now? To get the answer, PhoneArena conducts a survey asking people to vote for the better Nexus Phone in the four generations. From the results, we can easily know that, LG Nexus 4 has won the most users' support. What's the factor leading to the success of LG Nexus 4? As we can see, LG put the latest and fastest mobile processor around, as well as one of the most beautiful screens in the Nexus 4. What's more, the Nexus 4 is even lighter and thinner than the previous Nexus phones. More users are attracted by the both beautiful and useful smartphone that they think Nexus 4 is definitely the one they need. 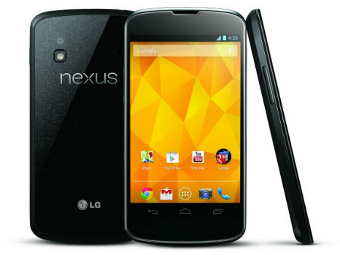 Interestingly to point out, what ranks second among the four generations of Nexus phones is HTC Nexus One. Yes, it is not the Galaxy Nexus released later. May be more and more users are not chasing for the higher and more popular configuration, classical and typical outlook of smartphone may be the most appreciated.