Microsoft has already confirmed that the Win10 Mobile Lumia 650 is the next Lumia to be launch. And a wide range of leaked details of Lumia 650 suggested that the device is code-named as Saana or Sansa. According to the leaked images, the device is expected to feature a classy look with metal band, matte finish rear cover, and a simple yet elegant design. And the rumors also suggest the Lumia 650 will target the premium smartphone range with an affordable price tag. 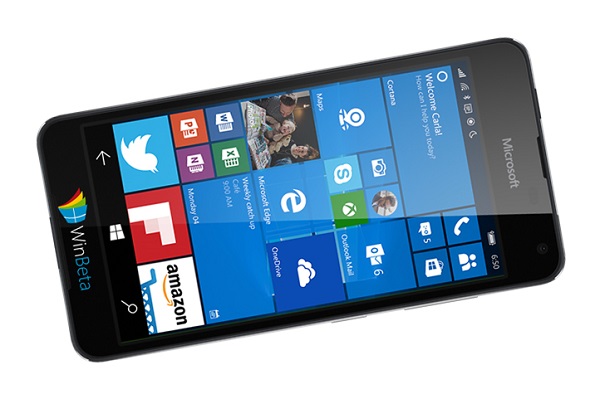 Although the specifications of Lumia 650 aren’t special enough, it is still well enough for being a mid-range handset. The report reveals that the Lumia 650 will come with a 5-inch 720P LCD screen with 1GB RAM. And it has an 8MP rear camera with LED flash. The alleged battery capacity is 2000mAh which in fact is smaller than the Lumia 550(2100mAh). But it is expected to come with wireless charging support which is an attractive feature to appeal some Lumia fans.