1. The macOS Name
Since 2001, Apple named the Mac operating system "OS X". From then on, the OS has been long been known as this name. But in 2016, Apple renamed it masOS and unify operating system names across its entire product lineup, which includes iOS, watchOS, and tvOS.

2. Siri
After the innovation, Apple's personal assistant Siri, has greatly integrated into macOS Sierra. Siri will bring the bulk of the same capabilities available on iOS to Mac, along with functionality which is specially designed for Mac, for example, the ability to search files.

3. Photos
In Photos, the app is able to recognize people, places, and things in images using facial, object and scene recognition thanks to the computer vision and new deep learning algorithms. A new "Memories" tab creates curated collections of past photos to resurface old memories, and there's a new "Places" album for displaying all photos on a world map. 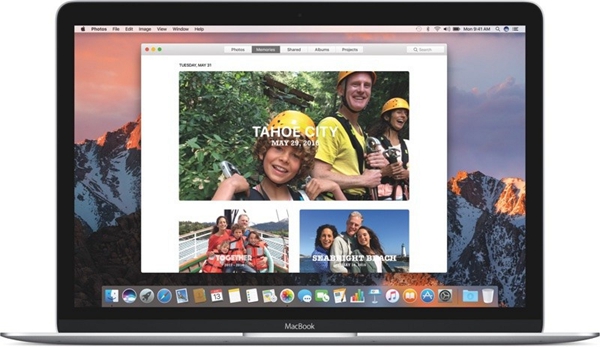 4. Messages
Messages now supports rich links to web content and video clips. You can directly visit the webpage without leaving the app. And it supports iOS 10 sister features, for instance, bigger emoji which is larger than normal and "Tapback" options which can help quickly respond to messages with icons like a heart or a thumb up. 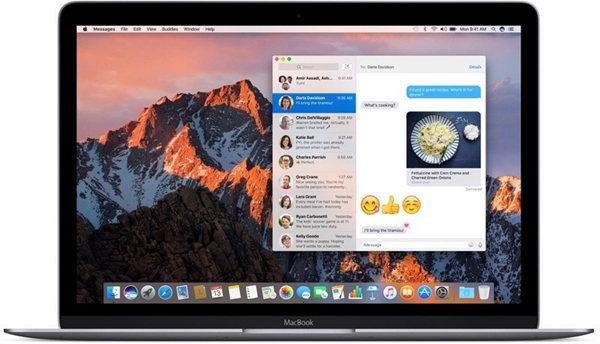 5. Apple Music
Apple has redesigned the Apple Music section of iTunes. Then app is coming with a simplified interface which supports users to discover new music more easily than ever before. Tabs include "Library", "For You", "Browse", and "Radio", which supports user to better discover content. With the "Search" tab, you will search for songs and albums quicker. Plus, the new version will support view lyrics to songs while listening to them using the MiniPlayer.