What File Types are Supported by your Mobile OS? 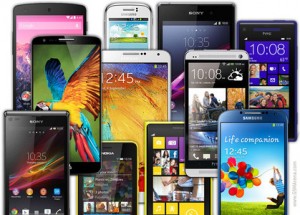 Mobile phone software that installed on phones can improve and personalize the original system. With the development of science and technology, functions of phones are more and more powerful and comparable to laptops or desktops. Browse through this article to know what application format is suitable to your phone before you decide to download it.

.mrp: The MRP format is a lightweight virtual MINIJ platform format, write in standard ANSI C. JAVA file size is only about 1/6 of the current MRP. But it still relatively applicable for a wide range of applications, and has developed a number of software and games with great potential for development.

.cab: It is a compressed format developed by Microsoft, mostly for WM Smartphone platform. The implementation of this CAB file can put your downloaded application into use.

.mpkg: It is a software package under Linux, which can be installed on any Linux phone. However, the installation of mpkg file needs to be accordance with the model types.
.pkg: pkg format supported by the latest Linux version. The new version itself supports MPKG files, but the premise is to be certified by MOTO, so developers change third-party software to PKG from MPKG.
.prc: prc file is usually for Palm OS applications, with some DOC files also named as .prc file

.apk: Android application package (APK) is associated with the Google Android smartphone operating system for portable devices. It is almost a .jar file (Java Archive) which is based on the .zip format and uses ZIP compression algorithm.

As is the case with many file formats, APK files can have any name needed, provided that the file name ends in ".apk".

.ipa: An .ipa file is an iOS application archive file which stores an iOS app.

.jar: JAR is a common software format for JAVA phones which has more stringent requirements on devices. A wrong format will risk crashing your device.
.jad: JAD file is suitable for JAVA mobile phone which describes the file size and the installation path of the downloaded file. Better go through all the basic information before decide whether to download the .jar file.

.elf: Supported by Moto P2K some old Siemens phones
.met/ .nes/ .jra: With most of these platforms for the cottage. These mobile phone formats are, in general, not so much familiar with many users.
.rar/ .zip: A compressed file format that can be compressed into a ZIP file and be extracted.

For smart phones, the influence of format is actually invisible. For example, JAVA platform like JAR JAD and ZIP RAR compression format can be run under expansion program.