The annual MWC on March has highly-pitched presented trendy mobile models to digital fanatics. Samsung S6, Samsung S6 Edge, and HTC M9 completely catches people's eyes, which will be put into the market in April. 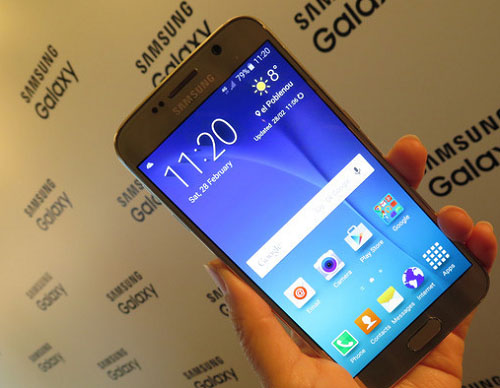 Galaxy S6 abandons the obsolete plastic as the raw material and uses glass and metal instead. From the front, it can be obviously observed that traditional design style continues. An Super AMOLED screen highlights a stunning exterior appearance and inferior display of S6. Gorilla Glass 4, a kind of extremely tough glass, will protect the device from being broken accidentally. While on the back of S6, there is a flash light next to the camera. Two sensors under the flash light feature its creative traits, which allows users to calculate heart rates. What's more, Samsung innovates the fingerprint sensor. Unlike Samsung's 2014 sensors, Galaxy S6 will register with a touch only– no swipe required.

Samsung Galaxy S6 is strongly functional in power charging, which enhances its competition in the electronic market. Just within 10 minutes, the battery can be fully charged. The durability of S6 lasts longer than ever before. It is possible to work for 12 hours under Wi-Fi, and 11 hours under 4G. And it is available to wireless charging now. Owing to Gear VR, one will have an immersed sense when playing games with S6. 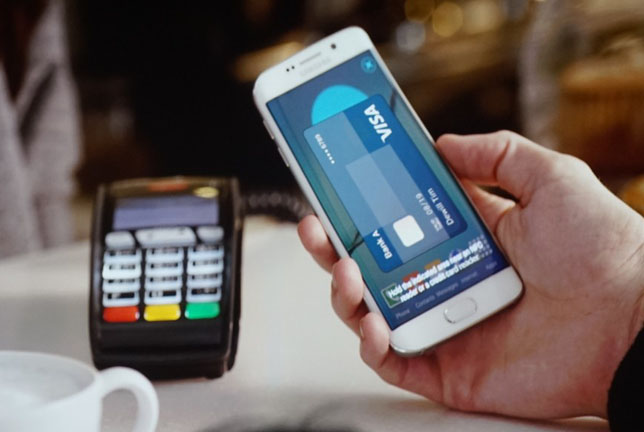 Besides what have mentioned above, the built-in camera of S6 is 16 million pixels with OIS technology. With them, activation for faster response is reached. Moreover, HDR pictures has never been this much fun in different scene. With the front camera, you can take wide-angle selfies of at will. Further more, S6 has a breakthrough in software optimization.

Comment: Samsung Galaxy S6 adopts Exynos 7420 processor which strengthens its function. The 5.1-inch and 2K screen modifies the display. New functions such as fast charging, wireless charging, and Samsung Pay will attract customers. According to official news, this product will be available in April.

Released at the same time with Galaxy S6, Samsung S6 Edge is another cutting edge mobile phone researched by Samsung Electronics. Compared with Note Edge, S6 Edge is distinctively designed with dual and curved edge. Hardware configurations in S6 Edge are roughly similar to S6, which work into top form. 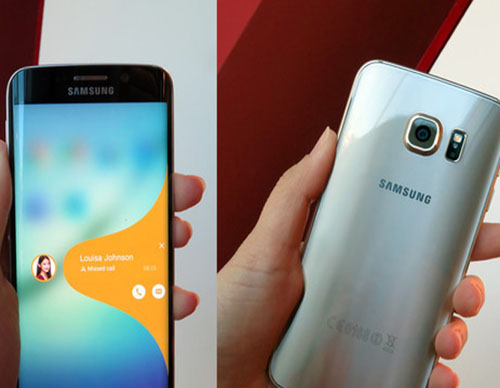 Symmetric dual-edge display is integrated into S6 Edge. When being one-handed playing, this revolutionary design will relieve the pressure. Such surface also applies to the back as well to make the phone slim and elegant.

The rear camera of S6 Edge reaches 16 million pixels and is anti-tremble, under which is a heart rate tester.

The screen of S6 Edge is featured by its dual and curved edge. Designers take an 64-bit processor into use. Besides, OIS rear camera and 5 million-pixel camera are adopted. 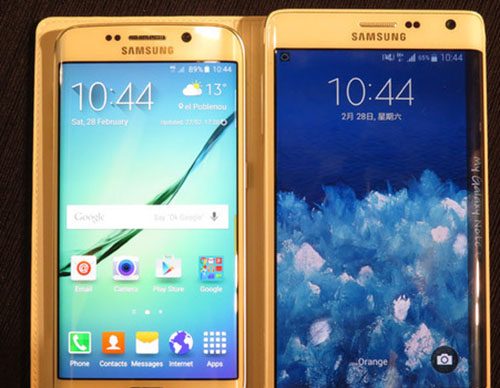 However, S6 is not cumbersome than Note Edge in volume. Thanks to the symmetric screen, S6 Edge is also attractively and impressively ahead of Note Edge.

Comment: Succeeded with the successful Galaxy Note Edge, Samsung Electronics published the dual-edge Galaxy S6 Edge, which is a innovative design. With this display, the whole outwork will be more decorative and attractive. Other than the screen, Galaxy S6 Edge is pretty outstanding in its hardware configurations. If you are intended to purchase one fashioned and special, Galaxy S6 can be your priority to choose.

After an one-year expectation, HTC M9 was eventually released on MWC 2015. Different from M8, M9 makes it progress in terms of processor and camera. Besides, SENSE 7.0 of Android 5.0 is used.

The unibody of gray HTC M9 is made in metal wire. The unibody design makes M9 more impressive and brings a better feel when being holding. The mental wire makes it slim. To some extent, antennas on the top and bottom is similar to the design of M8. 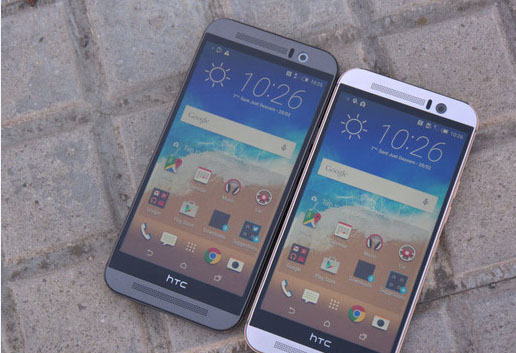 Attached to One M9, Sense UI is deemed as the most extraordinary Android system. In addition to series of traits of Android 5.0, HTC has been added affluent and characterized vision factors, where Material Design is built into. With this system, the weather app shows up. And the locked screen and icons are followed by shadowed prompt. The tone of the top, the bottom, and the background is in harmony.

Samsung Electronics has added new service HTC Themes to HTC M9, which satisfies personalized needs with variously colored wallpapers instead of theme store. Users are allowed to use 10 defaulted colors and extract color from the images as well. HTC Themes will automatically recognize 4 colors from it as your theme. It is available to customize your theme with a wallpaper, typeface, and so on. 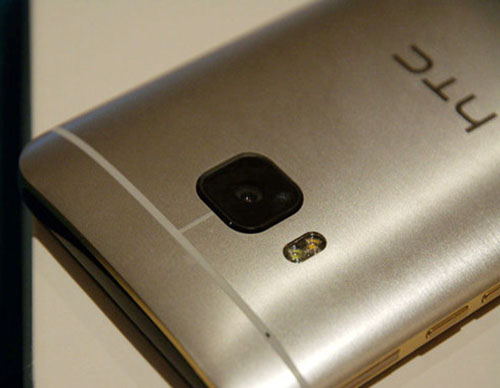 Comment: HTC M9 is crafted and upgraded in detail, which impresses users. Compared to the old models, it is improved in terms of the camera and the processor. If a reasonable price is set, M9 will be more competitive in the market.

Samsung Galaxy S6, Samsung S6 Edge, and HTC M9 will be sold no less than $750. Nevertheless, they deserve since the latest developments of modern technology is intensively applied to these designs.