Last week, HMD Global, a Finnish company that acquired the Nokia brand license just eight months ago, has unveiled the very first Nokia flagship running Android: the Nokia 8. This should be exciting news for Nokia fans around the world, today I will bring you simple experience of this new handsets. 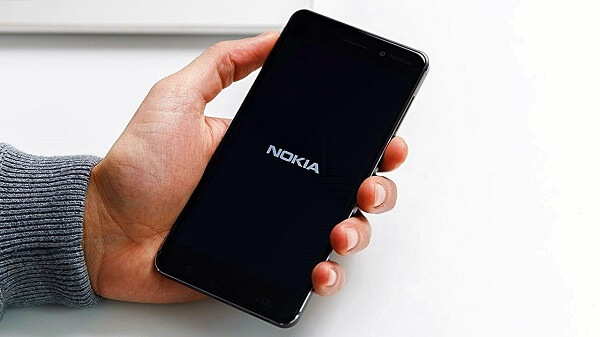 Design
HMD Global has already given us the Nokia 3, 5 and 6. And Nokia 8 is their first stab at a real flagship, which is also the first smartphones cooperation between HMD and Zeiss. Nokia has been known to put their major emphasis on the camera and some unique tricks would make it a great choice so far. This time, what will we expect from the Nokia 8? Well, HMD has described the Nokia 8 as the 'ultimate device for documenting your life'.

The Nokia 8 has an attractive and very slim all-aluminum design with an average thickness of 7.3mm. It’s 4.6mm at its thinnest point and 7.9mm at its thickest. 4.6 mm. As the smartphone of HMD's first collaboration with Carl Zeiss, the Nokia 8 have adopted Carl Zeiss lenses to both front and rear cameras. On the front is a 5.3-inch QHD 2,560 x 1,440 IPS LCD display with 700 nits of brightness., which provides a vibrant, bright and crisp experience indoor. There’s also a fingerprint sensor around the front on an indented home button, which may be controversial. Though it has a splash-proof with an IP54 rating, Nokia 8 is not waterproof.

Performance and Software
Powered by a 2.45 GHz Qualcomm Snapdragon 835 and backed up by 4GB of RAM, Nokia 8 is capable of handling even the most demanding tasks quickly. With 64 GB of internal storage, the Nokia 8 comes both a single SIM and a dual SIM version, with the second SIM tray accepting an SD card to expand storage by up to 256 GB. The battery is a 3,090 mAh cell with Quick Charge 3.0 via USB Type-C, but better signal sensitivity and a stripped-down Android experience mean this should last you a decent amount of time. When it comes to software, Nokia promises to give an entirely clean Android experience (Android 7.1.1 out of the box) with no additional customization or bloatware. Moreover, it is also suggested that owning the Nokia 8 will be one of the fastest ways to get Android O in your hands.

The Camera and ‘Bothie’ Mode
Now comes the special part of the Nokia 8. With a 13 MP selfie camera in the front and a 13 MP +13 MP dual camera in the back, you can record every aspect of your life and simultaneous live broadcast on social media from both the front and rear cameras at the same time.

Similar to Honor 9 and Huawei P10, Nokia 8 will combine two pictures into a single shot with great contrast by using ‘Image Fusion Technology’, which should thank for its two sensors: one color and one monochrome. In addition, the dual camera can also increase the light intensity and improve the performance of low-light environment. After some simple photo tests, we can find that the Nokia 8 photos are very colorful and vivid but it feels a lack of depth by comparing to some flagship competitors. 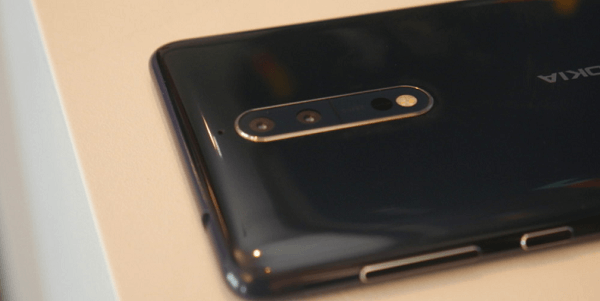 Nokia wants this phone to be the ‘ultimate device for telling your story’. Thus, it's Bothie feature allows users to snap photos or record video using footage from both the front and rear cameras, split down the middle 50/50.

Using Ozo Audio, the top-tier audio recording, the Nokia 8 is also a good choice of content creators. It is worth to mention that it is the first time we’ve seen this technique used on a mobile device.

Price and Colors
The Nokia 8 will be available globally on September 6 for a price of 599 EUR and it will have three colors option: Polished Blue, Polished Copper, Tempered Blue, and Steel. 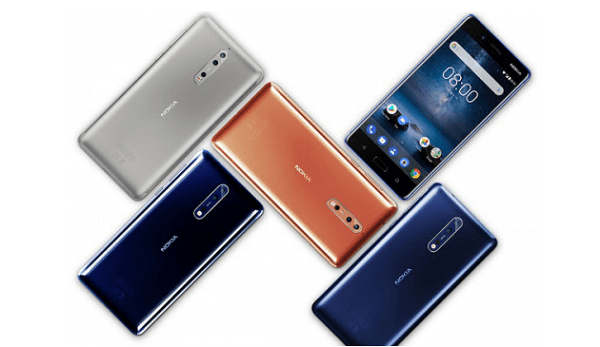 Summing up
Nokia is a good flagship phone, either stylish or powerful. It has its own new technology as well. We believe it will sell well, but there is still a long to go for HMD and Nokia if they want to gain more.