In addition, it is obviously that the phone has an iris scanner. At the back of the body, there is an Android camera, which is quite similar to that of the Galaxy S7. It is rumored that Galaxy will continue to use a 12MP camera. In fact, sources claim it will be the familiar 12MP dual-pixel sensor, but with improved software. On its side, we find the flash and likely heart rate sensor. All this suggested it delivers great improvement in terms of the camera. 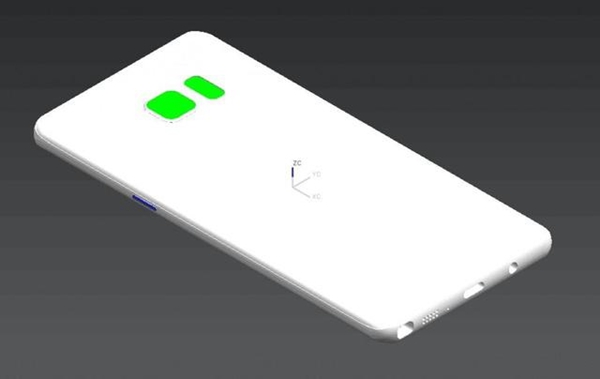 Samsung Note 7 very reminiscent of the Note 5 with glass panel and S Pen jack hole, which looks similar to the one on the Note5 and will probably share the clicking pen-style mechanism. 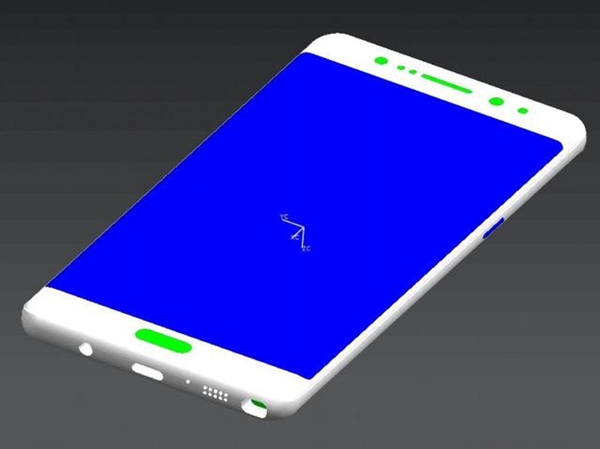 At the bottom, we can clearly see the microphone, speaker and 3.5mm audio jack. Plus, there is also a symmetrical USB Type-C port. As for the top side, there is a SIM card slot and a couple of markings, perhaps indicating a triple microphone setup or perhaps a return of the IR blaster.

The Galaxy Note 7 announcement should come on August 2. But that is still not officially confirmed by Samsung yet.