When it comes to transferring data between different devices, I swear by SHAREit, a superfast data transfer tool for smartphone. This app supports cross-platform transfer which allows user move files between Android/iOS/WinPhone/Windows. For example, I can share pictures on my Samsung Galaxy S6 with my friends who use iPhone 6s. And I can back up data from my Android to a computer. How considerate the SHAREit company is to see our needs on cross-platform transfer and develop this wonderful app. Now let's explore some features of SHAREit.

Feature 1. Connect with Friends in Seconds 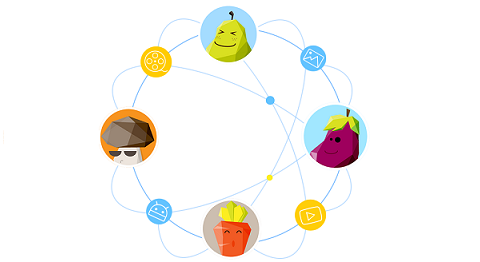 SHAREit app can gather your friends in a circle. You can set up your account the first time you use this app. For example, you can give yourself an avatar and nickname so that your friends can recognize your phone as quick as possible. And you can invite friends to install this app via Bluetooth, Zero traffic, and QR Code if they don't have SHAREit, which empowers you to share files more conveniently. 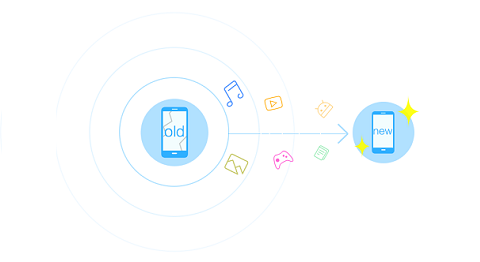 When you are going to switch to a new phone, or when you would like to share files with your friends, you need SHAREit.

SHAREit supports data transfer between smartphone/tablets and computer. Operating systems such as Android, iPhone, and Windows phone are fully compatible. When you are intended to share data, run SHAREit on both phones. Then choose the speedy share mode mode – SHAREit. You can set your phone as a sender/receiver and then send/receive contacts, app data, Microsoft documents, photos, music, and videos between two phones without restrictions. The two phones must be connected to the same Wi-Fi hotspot. So the two devices can see each other. The app works perfectly even though the two phones respectively run on different platforms like Android, Windows, and iOS. 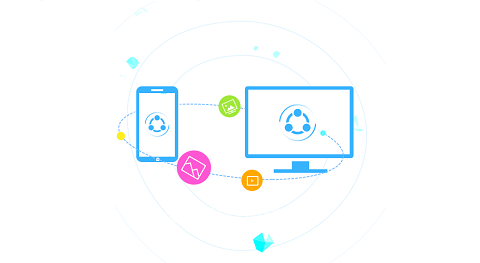 In addition share files between smartphones/tablets, you can transfer files between computer and phone/tablet. Make sure that SHAREit is respectively installed and run on your phone and computer. Without USB cable, you can do the connection just with the two phones connected to the same Wi-Fi hotspot. Once connection between computer and phone is set up, you can back up mobile files to PC or move PC files to your Android/iPhone/WinPhone. What's more, it is available to directly control your PPT with your mobile!

SHAREit is so powerful that it supports 9 types of phone data. Transmission with this app is 200 times faster than buetooth without using cellular data. Furthermore, valuable data are prevented from leaking during transferring.