Shedding Light on the Dark Net

Due to our always-digitally-connected lives (and the privacy concerns that come along with such access), the dark web is becoming an attractive alternative to some mainstream users. The ability to return to anonymity – a task so easily achieved online in the early 2000s - now presents as a gloriously different planet in 2019. Untainted by the constant, invasive milking of personal information users are subjected to on mainstream platforms, the dark net is growing in appeal.

Users are starting to look at that dark green patch over yonder, where no one counts them, gathers their information and appraises them in terms of their value as a customer, or as a security threat. On the dark web, users can enjoy surfing anonymously.

The 'dark net' or 'dark web' may as well be called the 'Dark Mall', with apologies to Darth Maul. Except it's not dark: the lights are on and it's open for business - and the service is typically excellent, too. After years of being seen as a pit of vipers where only perverts, junkies and criminals gathered, the dark net has so successfully done business - in spite of persecution - that its shine is breaking through mainstream consciousness.

What is the dark web? Sites that end in '.onion' are the entities you'll find on the dark net. The Tor browser is the only key that accesses all of them. Also called "the onion-routing net," the dark net idea began as a US Naval Intelligence project which then became opensource. Designed to connect and communicate anonymously by "bouncing" IP addresses - and now maintained by thousands of volunteers the world over - the dark web's early commercial fraternity might indeed have been predominantly dark.

However, as tech trend commentator Jamie Bartlett pointed out in a TED talk some years ago, that's changing. The dark net's ease of use and the service-focused ethic that prevails there mean that legitimate business located there is becoming attractive to the average online shopper. Mustard IT, an IT consultancy in London, often fields questions from concerned business owners regarding the dark web. In a nutshell, think of the dark web as a strip mall behind huge iron gates. The key is freely available in the form of the Tor browser, which anyone can download.

Once in, you accept the good with the bad. For example, if you're there looking for apparel or medical cannabis, you can avoid the darkness of it entirely. It's not that you'll be bombarded with disturbing offers and links. In fact, the dark net looks very much like what you see when you open Chrome or Firefox. Online anonymity was designed and built with Tor browser, but very quickly (and unfortunately) became a playground for illicit types. However, now almost 20 years down the line, the value of anonymity and the ability to search for anything on earth that might be for sale is making '.onion life' mainstream.

Yes, there are horrible aspects to the dark net, with a large number of sites offering patently illegal services and products. There are '.onion' sites that are absolutely repugnant to any decent human being. But, in part because of the violation of personal privacy that is only ever increasing online, the fact that Tor browser allows you to recapture your anonymity is logically appealing to many people. You may not know this, but entities like Facebook have opened for business on the dark net, too.

Unthinkable a few years ago, it seems the self-regulating market of '.onion' sites is losing its exclusively criminal tag. Consumer choice and unrivalled service might yet make a wholesome kid of the dark web. You might still find your own credit card details for sale on hacker sites or be alarmed by the dark illegality of services offered there, but the dark net is no different to any other capitalist market in many ways.

Customer service is a big factor in online sales and, for legitimate sites fishing for the offbeat dark web's business, the same rules apply. Indeed, under immense pressure to reassure legitimate incoming business, the dark web's service and custody have risen sharply since inception.

After all the fear and loathing, the hounding of '.onion' sites by global watchdogs has made for some interesting dynamics. It seems there's nothing quite like persecution to create excellent customer service. Keeping a site up and running daily (while evading shutdown and prosecution) is no small technical feat. It has also meant that the consumer end of a site selling, for example, illegal narcotics, has been tweaked to exquisite levels. This has spilled over into a general ethos of finely tuned service. On the dark net, customer reviews really matter and largely determine who users trust and who they don't.

Do you know that the dark net gave rise to multisig escrow? Yes, put simply, drug dealers and consumers who were ripped off by a flawed escrow setup were behind the emergence of the elegant solution of multisig escrow. It's now something every mainstream online user understands as a safeguard for online business. Unable to trade on their "legitimacy," dark net vendors have created interesting solutions that inadvertently appeal to everyone else, too.

Rather than remaining a hotbed of criminal activity, the dark web is slowly gaining respectability. Whereas on traditional browsers the law of the land governs what is and isn't legal, only human decency determines the nature of trade on the dark web. From a historical viewpoint, the '.onion fraternity' doesn't look so pretty back then. But, by the same token, the more mainstream (read: decent) people employ Tor browser to see what's on the other side of the fence, the more the dark web will clean up its act. 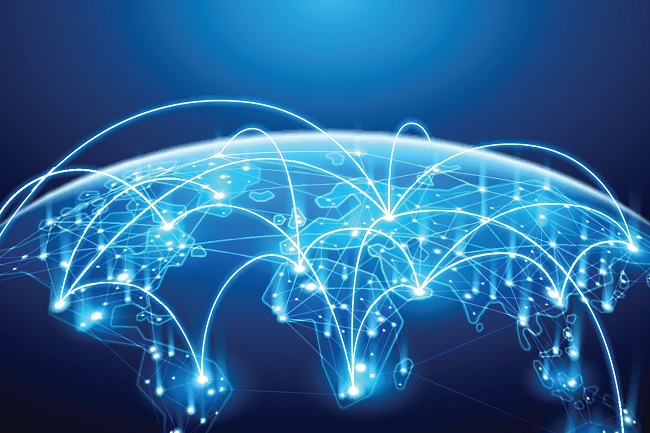 There are other aspects to the Tor network that bring out both the very best (and worst) in humanity. While most of us might be irked by government monitoring, there are people on this planet who have none of the unguarded internet access most of us enjoy. For example, in countries where freedom of speech is non-existent, Tor helps citizens stay connected and communicate beyond borders. When access to the internet is criminalised, Tor is seen as a life saver.

Very much like life, the dark web isn't all good nor all bad. Granted, badness has defined it to date, but there are also normal consumer goods, rare books, and baby parakeets for sale - just like the mainstream web. Political discussion forums, whistle-blower sites, and torrent sites are plentiful, too. Depending on which side you're on, some of these attributes make the dark web something of a hero despite the history of criminal sleaze.

There's no better place to understand your right to privacy, find instructions on how to equip your PC with an anonymous OS, or even sign up for an encrypted email service. The dark web is still dark, but the light is beginning to shine brighter. The giants of browsing in 2019 might very well soon start losing chunks of market share to Tor browser and its version of online life.