Should You Update iOS 10.3 Right Away?

Apple's latest operating system upgrade, iOS 10.3, has arrived. Should you upgrade iOS 10.3 right away? Although the upgrade comes with a long list of perks, but before making decision, you also need to get to know disadvantages of this version.

1.Reasons Why You Should Install iOS 10.3

1.1 Find My iPods
If you've splurged on a pair of AirPods, this feature will save you time and money. If not, just read ahead. Sign in to your Find my iPhone app and you should now see the AirPods as one of the devices associated with your account. Click to see the last known location of the 'Pods when they were paired with your phone or ping them to make them ring. Just make sure you're not wearing them if you want to keep your hearing intact.

1.2 APFS
One of the biggest features of iOS 10.3 that's not at all user-facing is the new file system. Apple has switched to its own file system – Apple File System or APFS and it's a doozy. Basically, Apple's own file system is much better at taking care of storage and performance. Users who have ben running the beta for the past couple of weeks have reported that they got a considerable amount of storage space back – sometimes as much as 5 GB.

1.3 Settings Page
When you open the Settings app, you'll now see your own profile icon, and name at the top. Tapping here gives you access to all of your Apple ID, iCloud, iTunes and App Store details. Right below, you'll see any important notifications relating to your Apple account (if any).

The iCloud page, for instance, has a new storage bar at the top making it easy to visually see the storage space that's taken up.

1.4 App Store
With iOS 10.3, Apple will be introducing some huge changes to the App Store with regards to customer reviews. For starters, developers will now be able to publicly respond to a customer's review. Upon responding, the user who is responsible for the review will be notified immediately. From there, should the developer manages to satisfy the user's criticism, the user can choose to update their feedback accordingly.

On the user's side of things, the new App Store will let users rate reviews as "Helpful" or "Not Helpful" in order to boost the visibility of relevant review content. On top of that, Apple has also implemented an option that would allow users to turn off app review request prompts completely.

2.1 Don't Update iOS 10.3.1 If You're Unprepared
It is hard to predict what kind of trouble will occur to you after you upgrade your phone to iOS 10.3.1. Most of you will come out of the installation process unscathed but others will run into various problems. This is why you'll want to prepare for iOS 10.3.1. We've put together an extensive game plan that will take you through the process we use before we install a new iOS update.

You don't need to follow every single step before you install iOS 10.3.1 but at the very least you'll need to back up your iPhone data completely. With a backup, you can easily recover your lost files if data loss occurs after upgrading. It's better to be safe than sorry, especially if you're moving to iOS 10 for the first time.

Some users complain about iOS 10.3.1 for the below issues: Wi-Fi issues, various issues with Bluetooth, activation issues, problems with various third-party applications, installation problems, UI lag, random reboots, and battery drain issues. If you are worried about these problems, don't install iOS 10.3.1. 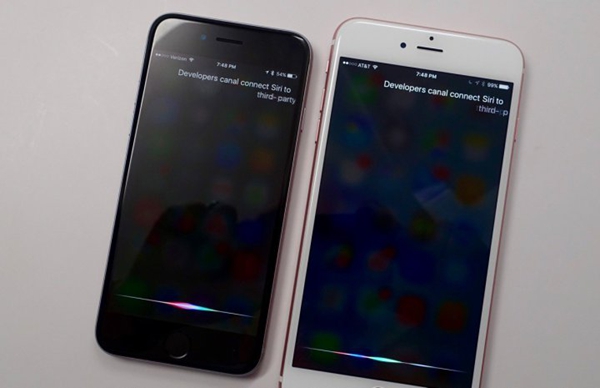 2.3 Don't Update iOS 10.3.1 If You're Jailbroken
If you have jailbroken your iPhone/iPad/iPod, don't install iOS 10.3.1. Developers have released an iOS 10.2 jailbreak for select devices but nothing is available for iOS 10.3.1. So, if you move your device to iOS 10.3.1, you'll lose your current jailbreak and you'll also lose the ability to jailbreak your phone or tablet.