Does Android Come With More Student-friendly Apps Than iOS?

College can be hard for a student. Juggling heaps of homework, and living a vibrant social life would be impossible without mobile devices to help you stay organized. There is a question that always comes up: which is better for students, Android or iOS?

Both operating systems feature many student-friendly apps. But your choice may depend solely on your field of study. Android vs. iOS for Students

Let’s agree - iPhones are cool, and they feel good to use. Owning an iOS device has a certain high value for students. It’s flashy, with nice looking apps which feel organic and work fast. iOS is the obvious choice for those who like slick design and simplicity of use.

But If you if you’re studying programming - you want a more flexible operating system. You care more about paying less and getting a multi-functional smartphone, rather than some flashy iOS. In this case - you’re an Android person.

Apps for Both Platforms

Most of the apps you’ll be using are available on both platforms. Below are the apps which literally every student has on their phone:
- Evernote
- Google Drive or Dropbox
- Mint
- Duolingo
- Oxford English Dictionary or Dictionary.com
- Adobe apps

Evernote keeps all your notes, while Google Drive keeps all your documents. Mint helps you track your spendings, and Duolingo is perfect for study-abroads, helping you learn any language fast. Similarly, there are all kinds of game-learning apps for math, science, and physics for both devices.

These essential apps are available for both Android and iOS, and they get most of the job done. However, there are some exclusive apps for both platforms if you are looking something more specific.

Exclusive Apps - Are They Worth It?

iOS boasts exclusives like Lecture Capture: which allows you to record lectures onto your phone, or Note Plus: which lets you take pictures of a whiteboard and convert it to PDF.

All of this begs you to ask: “Isn’t that what my Voice Memos and Camera are for?”

Similarly, Android has exclusives like TCY Exam Prep, which contains resources for MBA, GRE, GATE exams, which you can easily find online. Timetable and My Class Schedule are useful Android planners with a slick interface.

But let’s face it: at the end of the day, you’ll probably just get Evernote.

Apps Based on Your Field of Study

Students of film and music benefit highly in choosing iOS over Android.

iMovie is handy to edit videos on the go. Garageband is priceless for its simplicity and ability to work with music of any genre. Both of these apps dominate all Android competition in the field.

Most JAVA learners and students of programming will choose Android over iOS. Android is an open-sourced system which offers more possibilities. Some will argue that iOS is better for code learners, with apps like CodeQuest making coding seem elementary.

Photography students mostly use Adobe apps, since Adobe Illustrator will be downloaded on every MacBook in the art lab of your college. Adobe apps are also available for Android.

Both iOS and Android users can also benefit from the upcoming EssayPro app. It’s a simple easy-to-use service connecting you to pro writers. They can edit your writing (check for proper grammar, misuse of punctuation and quotation marks, etc.) and provide sample essays on any topic for reference. Their website EssayPro.com is also a perfect choice for students whose major involves lots of academic writing. 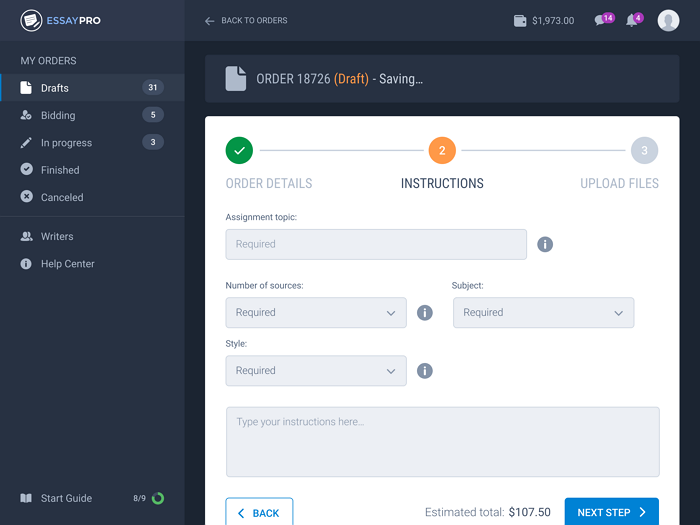 Both iOS and Android have all the essential apps you need for college. You can flip a coin, and you won’t go wrong. Take notes and remember to-dos with Evernote, and keep your docs safe with Google Drive.

iOS is better for students of Communications, Film, Music, Journalism, and Photography. Apps like iMovie and Adobe Illustrator are snappier and more responsive on iOS than their Android counterparts.

Android is better for programming, though it is arguable. People who get Android do it to save money, or exploit the benefits of an open-sourced operating system.

Get your Coles Assignment Help done by experts based in Australia. Order now by contacting us via email or through chat.
https://assignmentstudio.net/coles-assignment-help/

Ask us to do or Hire online Finance Assignment Help experts for your finance assignments, projects and homework solutions at affordable prices. Tips provided by our experts to students at the time of writing finance assignment - Know about the main areas of the topic.

Online Programming Assignment Help is one of the best Assignment Help Service providers in the world. Students appreciate our work because of the features that they avail with the services. Our aim is to help out students in need and we want them to excel in their academics. So, here are some of the amazing features that we offer.