The Cause and Solution of Overheated Battery on your Phone

When you play games, watch the movie or play the music on your phone, you will find that the battery of your phone is overheated. Overheated battery may damage the battery and even the phone. Moreover, the phone users who use these overheated phones are suffering a potential threat. According to some news reported, some phone users get hurt because their phones exploded and even some dead finally because of the explosion of the battery. Some explodes happen because these phone users have used their phones for couples of year; some because being exposed under the sun for a long time. But most of these explosions are caused because their phone batteries often get overheated. Why it often happens while we are using our phone for a long time? 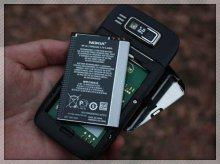 Now, I will show you why your phone battery gets overheated, the threat that overheated battery may cause and the solution to solve it.

Threat because of overheated battery

Conditions when using your phone battery

1. In the condition of normal room temperature, it is normal that the battery if the battery is under 60℃, and this won't damage the battery.
2. If your charger carries a huge electric current, the charging process is better not to be too long, otherwise it will hurt the battery and it will also generate quantity of heat.
3. It would be better if you use the original one or the one which get a high reputation among users.
4. To charge your battery by a tabletop charge will be better because by this way, your battery won't be heating.
5. If you feel that the temperature of your battery is growing and has exceed the temperature of 60℃, you'd better change into using another battery.

If the battery of your phone has already inflate, you can find the interval by your finger where is on the back side of the battery near the electrode. When you press it, it will be a little soft. Thrust it with a needle and let the air inside out.

My Samsung kept overheating and now the phone still chargers but it only displays the logo and I can't use it. Any ideas? Or have I cooked the actual phone? Any chance I can get it to work again?

Great post. also see friends - How to fix your phone getting overheat -14
Reasons and answers - http://www.gogorapid.com/how-to-fix-your-phone-getting-overheat/

My blu grand xl is les than a month in use, it overheard although i have a cooler installed