Ever Since Edward Snowden broke ranks to inform the world about the sheer amount of snooping we are all subjected to, people have been looking for ways to increase their security and privacy online.

There are many ways to secure your Android from unwanted software, and lots of us have antivirus software on our phones. But the problem is that people are snooping without any software. They don't need to install a virus on your device. All they have to do is ask your ISP for your records. You see, many governments made it law so that all your internet activity must be recorded and stored for a set amount of time. In many places, a judicial procedure is not even required to get a warrant for the data. They can simply take it.

Your Internet Service Provider (ISP) has to agree to these demands, or they could face massive fines. It's not comforting to know that there is a file on you somewhere, ready to be exploited by anyone who can get their hands on it. Companies wishing to sell you things, hackers with nefarious intentions or even governments wishing to enforce new laws. Everyone seems to want a piece of you, so you need to make steps to protect yourself.

A virtual Private Network (VPN) is the best and simplest solution. VPNs work by routing all of your traffic through a private network, so your ISP can't see what you are doing. And, therefore, neither can anyone else. 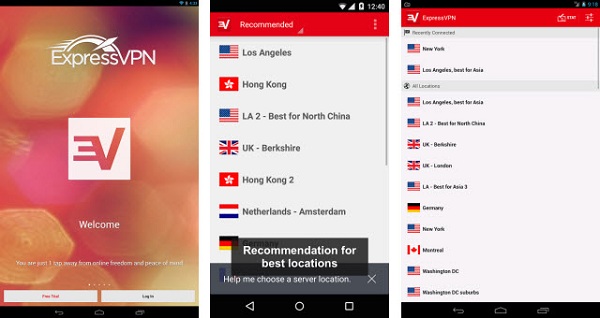 Several VPNs are now available for your Android device, some with more features than others. ExpressVPN lead the way in terms of privacy, in that they have a Zero-Logging policy. Loggless VPNs will keep no record of your activity logs, or your session data. So if anyone did go looking for any information about you, there would be absolutely nothing for them to find.

Another benefit of a VPN is that you can use them to easily circumvent any geoblocking. In practice, this means that you can access internet content from anywhere in the world, without being concerned by any blocks or censorship.

Many think that a VPN will have an adverse affect on your internet speed, but Premium providers like ExpressVPN work hard to keep the network running at staggering speeds. In fact, there are instances when private connections are considerably quicker than a regular, unsecured connection. This is due to an ISP tactic called "Internet Trafficking". Which essentially means they divert traffic from some locations during busy periods. ExpressVPN will disguise your location from your ISP, so there is nothing for them to traffic - leaving you with a fast and throttle free connection.

The ExpressVPN Android app is extremely easy to setup and install. There's also 24/7 support, in the unlikely event that you will need it. Connecting is as simple as touching your desired server of choice, from 78 locations around the globe. There's also 99.9% uptime, so you'll never have to worry about your connection being breached.

There's a host of reasons to get a VPN for your Android device, especially if you are concerned about privacy. ExpressVPN offer unrivalled speed and connection time, and their zero-logging policy is everything a VPN should be.