Unicode 9.0 has come to us, bringing exactly 7,500 characters, for a total of 7,500 new characters to iPhone which runs on iOS 10. These additions include six new scripts and 72 new emoji characters.

In addition to the new emoji, Unicode 9.0 brings character support for "lesser-used languages" that include: 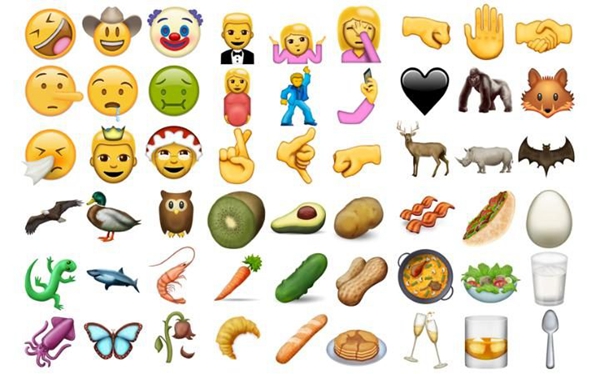 Get the new Emoji on iOS
It doesn't matter whether your iPhone 6/6s/6s Plus on iOS 9 or even if you're in the latest iOS 10 beta. Apple hasn't added support for the new emoji of Unicode 9.0 just yet. With that being said, you can add these new emoji to your device manually.

Step 1:
Run Safari app on your iPhone > Input the URL: emojipedia.org/emojipedia > Go to that website. All the Unicode 9.0 emoji are listed. But make sure that your iPhone is online.

Step 2:
Highlight all of the Emojis by tapping and holding on the word "Emojis" and then dragging the selector all the way down. Then tap on the Copy button. 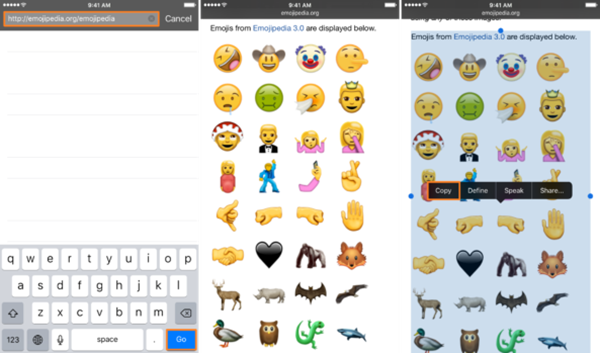 Step 3:
Launch the Notes app on your iPhone and create a new note. Then paste all empji into the new page. 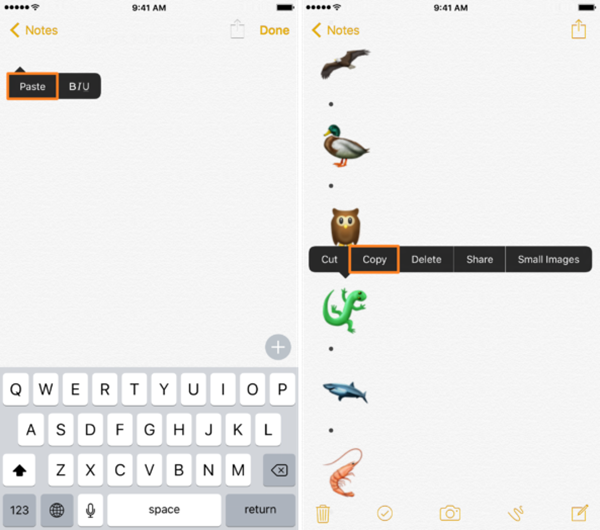 Step 4:
Select the emoji you want. Then press the share icon at the upper right corner of the page. You can share this emoji to the messenger and other apps. 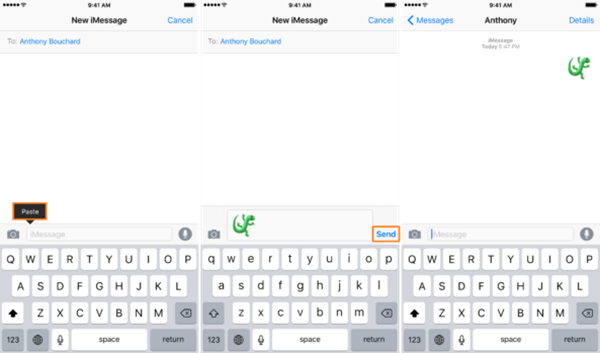