The VPN market is projected to hit $70 billion in annual revenue by 2026 thanks to the growth of mobile VPN apps around the world. 2020 was a significant year in the industry's growth—millions of people working from home due to nationwide lockdowns became aware of VPNs.

What does 2021 hold in store for the VPN apps markets?

More than half of all Internet users now use mobile devices to browse the Internet. To expound more, 52% of all web traffic come from android and iOS devices. The remaining 48% comes from desktop computers.

Unfortunately, the latter still leads in VPN usage. According to a recent study, 17% of Internet users use a VPN when browsing the Internet through desktop devices. On the other hand, 15% activate a VPN while on smartphones and 7% while using a table device.

When it comes to consistency in using VPNs, 42% of mobile VPN users browse the Internet safely daily. By comparison, 35% of desktop users turn on their VPNs every day while browsing the Internet. That said, the majority of VPN users are pretty consistent in their use of the security tool. 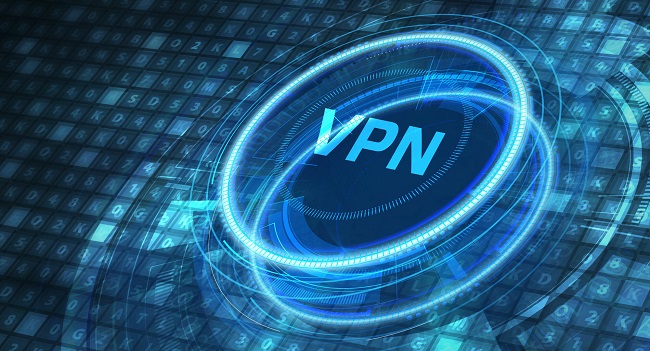 When you think about, no one is surprised about young people using VPNs the most. In many countries, they represent the most tech-savvy demographic. That means they are more of what is a VPN and its benefits better than older generations. Interestingly, many millennials and Generation Z Internet users also browse the web for things that demand a VPN:

You can do most of the things mentioned above without a VPN and not experience any cyberattacks. But you're safer torrenting when you have a VPN. Also, you experience quality video game streaming when protected from your ISP providers. Of course, you can only unblock Netflix and other sites with the help of a VPN.

VPNs are more popular in Asia, Latin America and Africa than North American and Europe according to Global Web Index. Asia leads the way with 30% of all Internet users using VPNs regularly to browse the Internet. Latin America comes in second at 23% while Middle East & Africa is third at 19%. In Europe and North America, only 17% of Internet users protect themselves with a VPN when browsing the web.

According to Statista.com, Indonesia and India have the largest populations of daily VPN customers at 38%. Next up is Turkey where 32% of the population surf the Internet with a VPN turned on. In China, where social media is prohibited, Google YouTube and other western websites are prohibited, 31% of Internet customers own a VPN.

Other countries with significant portions of VPN-using populations are Malaysia (29%), Saudi Arabia (29%), Brazil (26%), UAE, Vietnam and the Philippines at 25%. In many of these countries, local governments prohibit some websites and apps.

VPN uses won't change in 2021. People will continue to use Virtual Private Networks for the same reasons they did in 2020 and the years back. According to Global Web Index, these are the leading reasons on why people buy and use VPNS:

Half of everyone with a VPN bought it to unblock entertainment platforms like Netflix US, BBC iPlayer, European football, Hulu, Bollywood movies and video game platforms. It's surprising considering that the primary job of a VPN is to provide anonymous browsing and protect user data.

With that in mind, VPNs vary in the types of websites they can unblock. Due to that, take time to find a tool that can unblock all your favorite sites. Netflix US and BBC iPlayer are the hardest nuts to crack for many VPNs. So, if you have an interest in unblocking content from either network, ensure you buy a VPN that can handle them.

If you watch news from international networks regularly, you probably know that they geo-restrict some of their content. Some of them won't even show you a single story if you live outside of the US, the UK, France or where they are located.

When it comes to social networks, restrictions often come from governments. For example, you can't use Telegram in Iran, Whatsapp in Uganda and Facebook in China. You also can't access virtually any social network in North Korea.

In light of that information, it comes as no surprise that 34% of VPN customers use these tools to unblock content from news services and social sites. The beauty of VPNs is that they unblock social sites and news networks nearly 100% of the time.

Thirty one percent of VPN subscribers use these tools for their original purpose—providing anonymity. In case it isn't clear yet, VPNs provide anonymity by hiding your true IP address and giving you a temporary address hosted by secure servers owned by the VPN companies.

In this era of working from home, VPNs are providing an essential service. They provide secure connections for people that want to access files stored in office devices. VPNs provide security by encrypting data through military grade techniques and tunneling it through the safest protocols.

Torrenting is largely unsafe and illegal in some countries. Still, to be clear, it's pretty popular among Internet users looking for freeware, pirated films, apps, books and computer repair tools. For protection, many torrent fans use VPNs to mask their identities and encrypt their data. Some VPNs have exclusive servers for torrenting to speed up the process and increase their customers' security. Look for such providers.