iPhone 6 Order is handled: Will Have iPhone 6 in hand after September 19th

Recently, iPhone 6 and iPhone 6 Plus was released and received pre-order on September 12th. It has broken the record of iPhone pre-order. According to Mark Siegel, the spokesman of AT&T, iPhone 6 has an extraordinary pre-order. Reportedly, the delivery date of iPhone 6 Plus will be at the middle of October. 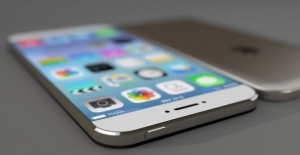 According to Macrumors, iPhone 6 users who has successfully pre-order the new iPhone 6 have now receive email that the they will have iPhone 6 in hand not sooner than September 19t. On September 14th, the service provider, Verizon, began to send email to the pre-ordered users to confirm the delivery date.

Did you ordered iPhone 6/6 Plus? Why not just come and talk with other iPhone fans about the excellent devices, iPhone 6 and iPhone 6 Plus.