WWDC 2017: Everything You Need to Know

Apple held its WWDC 2017 in San Jose, at the McEnery Convention Center from June 5th to June 9th. According to Kuke, it will be Apple's biggest event in years. At the same time, apple announced the release of six major products including ios 11, iMac, iPad Pro, HomePod, watchOS and tvOS. Below are the top announcements. 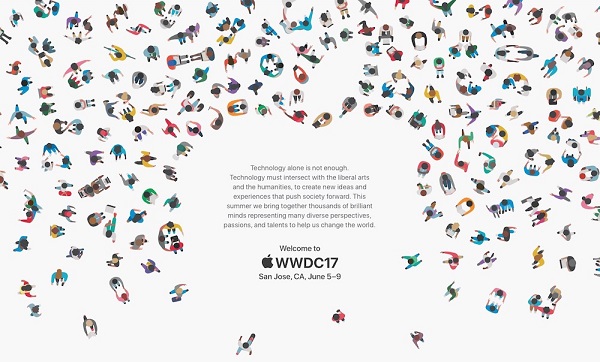 iMessage has joined the cloud sync and removal feature, which allows you to delete a message synchronously on the macOS and iOS. And the new Apple Pay supports you pay friends with a message.

Siri becomes more expressive,with a new,more natural voice this time. It now supports the language of 25 countries or regions and supports machine learning, which enables simultaneous translation and functional management of many third-party software. And Siri can now take the initiative to judge your next action and the possibility of function you may use then by using intelligent machine learning. For example, you have viewed a tourist destination in the browser someday. Then Siri will show you the name of the corresponding word under the search box timely while you chat with someone.

Photo and camera have also been upgraded. Apple has enabled the new HEVC video format and the new photo format HEIF, which has a higher compression rate than before. And that means much less storage is needed than before. On the other side, live photo is editable now, and it will be a clever, short, video creative tool that can even mimic camera's long exposure.

The native Maps has interior maps added, providing indoor layouts including floor information for supermarkets and airports. But it currently only supports some cities and airports.

5. Do Not Disturb While Driving

The “Do Not Disturb While Driving” mode is added to CarPlay. It is similar to the previous “Do Not Disturb At Night” of iOS. It can automatically recognize the unwanted notifications and prevent reminding when it is turned on.

The overall design of the App Store has changed dramatically. When you log in, you will get “Today”, “Daily recommendation” and “Games” instead of  "Best recommendations", "categories" and "league tables". In addition, the "Games" and "Apps" are separated pages now. And we do believe that reveals apple's emphasis on mobile gaming.

7. AR Kit
This time, iOS 11 puts AR in an important position. Meanwhile, Apple released the whole set of AR kit development. The AR kit can trace rapidly and stably through the camera and adjust according to its surrounding light and the size of the object.

iMac
The iMac of 2017 has the best display ever and is capable of displaying a billion levels of color information. Moreover, MacBook and MacBook Pro will fully adopt Kaby Lake processor, and the former will also gain the faster SSD.

iPad Pro
With a better screen, the new iPad Pro has better video and dynamic presentation. Furthermore, it has better performance in graphic processing and it is 500 times faster than the first iPad.

WatchOS 4.0
The watchOS 4.0 is smarter and has a new and more intelligent interactive interface. Its displayed information will be adjusted based on your calendar schedule. Besides, you can use NFC function to connect the fitness equipment to share statistics and other information.

TvOS
Currently there is more than 50 partners joining the tvOS platform and it is reported that amazon will officially join soon.

HomePod
Apple's HomePod is a Siri-controlled smart speaker, which can not only analyze its environment and adapt its sound to the room it's in but also identify users' music preferences.