Last week, Samsung sent official invitations to the media, confirming that it will launch its new flagship Galaxy Note 8 in New York on August 23. The Samsung Galaxy Note 8 is the biggest comeback story in phones following all of the disastrous Galaxy Note 7 battery failures last year. 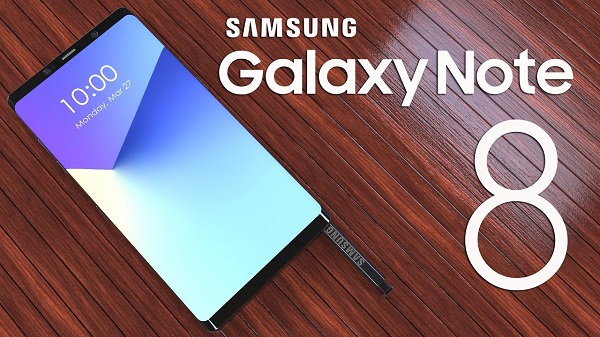 Now, the Galaxy Note 8 is announced to be released in late August. Which is clear that it determines to beat the iPhone 8 to market. But what can we expect this time? Take your time, we will tell everything that we know.

Judging from the notice of Smsung Galaxy, the "Do bigger things" message, hinting that the Note 8's screen size and ratio are a step further. In addition, the poster also features the signature S Pen stylus of the Samsung Note series, confirming that the Note 8 will retain the S Pen. 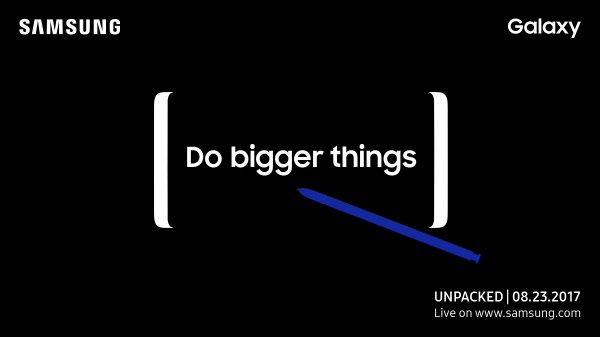 According to the previous reports, the Note 8 will be equipped with 6.4-inch full-vision curved screen, bringing the dual camera design (supports 3x optical zoom) for the first time, with Snapdragon 835 processor and 6GB RAM. At the same time, S pen stylus will be further upgraded to support unlocking, 3d face recognition and fully netcom.

Of course, the Galaxy Note 8 will have room for an SD-card, and be Bluetooth 5.0 compatible. Fast charging using a USB type-C port is a giving in this class, as is Bixby.

However, the Note 8 still has some disappointing results in the design of the rear fingerprint and the 3, 300 mAh battery. So far, the appearance of the new machine has been basically shaped. Compared to the S8, it will have a larger screen ratio and a more rigid surface.

Besides, it is said that the Korean version of the Note 8 is being tested for a 256GB version. It's expected to happen that there will be 6GB RAM + 64GB regular edition and 8GB + 256GB luxury version. In color, the Korean edition has identified black, blue and grey.

Earlier, rumors suggested that the Galaxy Note 8 will come with Android 7.1.1 out of the box. Android O will only arrive on the phone later in 2017, or even early 2018. It remains to be seen what, or even if, Samsung has updated the Samsung Experience UX, given how clean and functional it is on the S8.