Android geeks may be familiar with tips and tricks on sharing contacts, photos, videos etc from the old phone to new with built-in features of the device, like using Bluetooth, NFC, and so on. But, to share messages from old Android to the new, it should not that easy since Android has not yet offered any access to do that. Thankfully, Ritesh Sahu, who is familiar with software territory, develops a backup app called SMS Backup and Restore that alleviates the process to share messages from old to new Android. This post is going to show three ways to send your old SMS to the new device.

Note: All ways below requires you to backup your SMS on Android first.

Part 1. Share Messages from Old to New Android via Dropbox

In the next screen, sign in Dropbox and choose a folder to store your backup. Hit the button “ADD”, your SMS backup will be uploaded to Dropbox. Note that both phones must be online. Or you will fail to upload/download files. 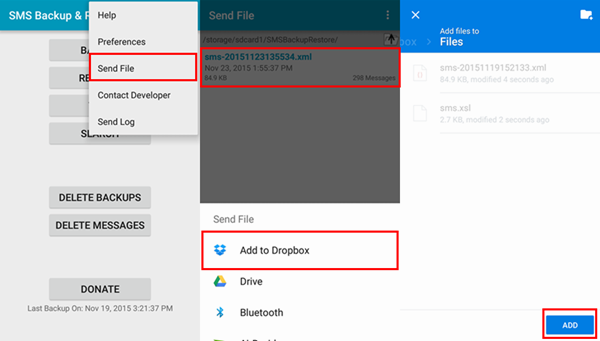 Step 2. Obtain SMS Backup from Dropbox
Go to your new Android phone. Open Dropbox app and sign in the same account. Then go to the folder where the backup is stored. Choose the backup and select “SMS Backup & Restore”. 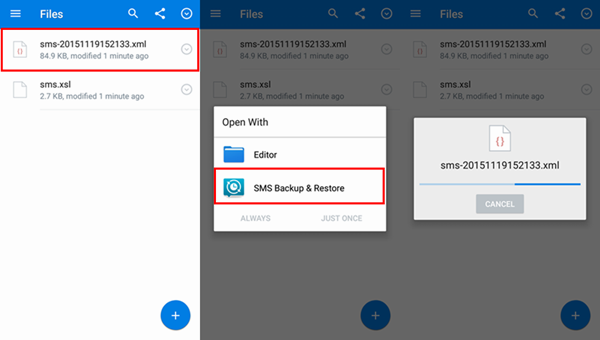 Step 3. Restore Messages on New Android
There will be a pop-up note that asks what you would like to do with the file. Choose “RESTORE”. Next, hit “OK”. When restore is completed, tap on “CLOSE”. 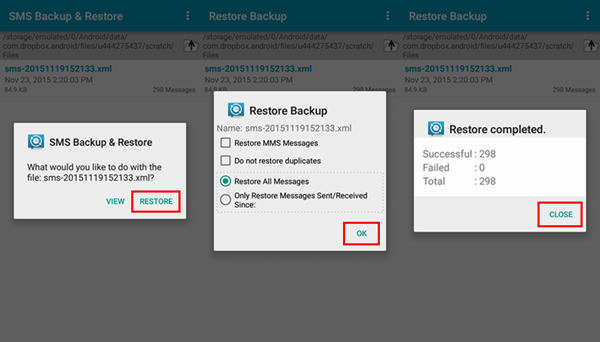 Note: You can follow the similar path to share messages from old Android to the new with the help of Google Drive/Gmail.

Note:As we have mentioned above, you should backup SMS in your old Android first.

Step 1. Insert SD Card to the New Android
Remove the SD card from your old Android phone and insert it to the new device.

Step 2. Restore SMS on New Android
Start your new Android phone. Then install and run SMS Backup & Restore app. Hit the button “Restore”. Then all backed up messages will be roused. 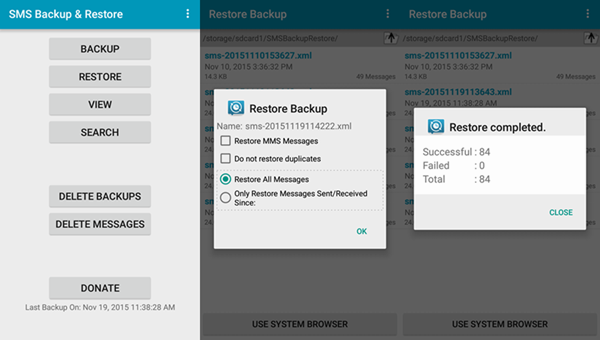 Part 3. Share Messages from Old to New Android with Computer

Note:Before starting, make sure you have backed up SMS files with SMS Backup & Restore by simply tapping the button “Backup”.

Step 1. Move SMS Backup from Old Android to PC
Connect your old Android phone to your computer via USB cable. Find the portable device and go to the internal storage/SD card of your Android phone. Then open the folder “SMSBackupRestore” and locate the backup file. Move it to your PC. Next, eject the old phone.